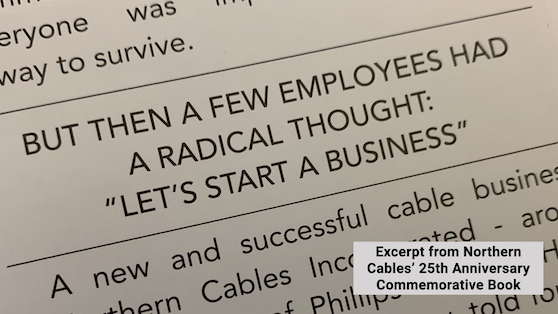 The company traces its roots to 1996, when cable manufacturer Phillips Cables closed its Brockville operations, and a group of its now-former employees decided to start up their own cable company.

Today, Northern Cables boasts a staff of 180 at its three manufacturing plants. It operates 24/7, manufacturing four million metres of armoured cable monthly for industrial and commercial markets, and sells to major cable distributors in both Canada and the United States. 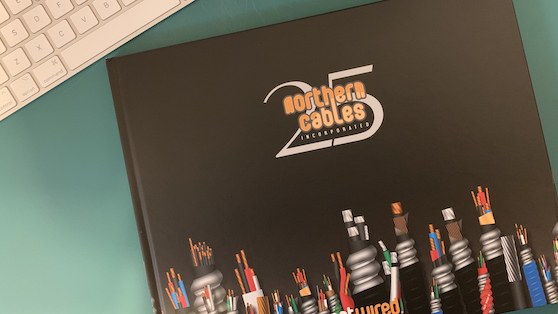 The 25th Anniversary Commemorative Book is gorgeous. Thanks guys! – Editor