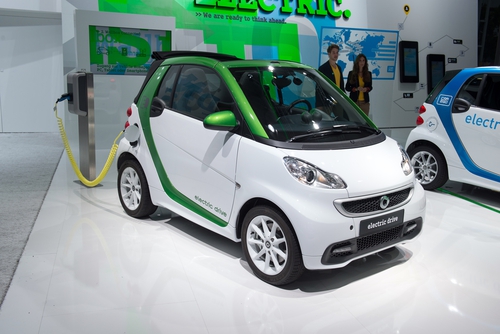 May 11, 2016 – Canada’s minister of Natural Resources, Jim Carr, has announced a request for proposals to support electric vehicle and alternative fuel infrastructure projects, thanks to funding from the 2016 budget.

The federal government says it will invest $16.4 million to increase access to commercially ready electric vehicle fast-charging units as well as natural gas and hydrogen fuelling stations along key transportation corridors. In addition, $46.1 million will be invested to support the development and demonstration of next-generation electric vehicle charging infrastructure.

“By investing in electric vehicle technology and infrastructure, we will provide national leadership on climate change and grow our economy,” Carr said. “I look forward to witnessing the ingenuity and entrepreneurial sense of our potential partners through their project proposals.”

The initiative is to build 70 vehicle fast-charging units, six natural gas and two hydrogen refuelling locations along key highways. The actual number and type of installations built will depend on the proposals received, Natural Resources Canada (NRCan) noted, and the strength of the business case brought forward by individual applicants.

In order to be considered for funding, projects must be for the permanent installation of new, publically accessible electric vehicle fast-charging units or natural gas or hydrogen fueling pumps, serving on-road vehicles. Retrofitting or replacing existing infrastructure will not be considered.

Additionally, the technology used by approved projects must be rated for outdoor operation by a nationally recognized testing laboratory, including CSA, ULC or other and bear certification marks.

Individuals and legal entities validly incorporated or registered in Canada, including not-for-profit and for-profit organizations such as:

International legal entities validly incorporated or registered abroad including for-profit and not-for-profit organizations, such as academic institutions, are also eligible.

July 8, 2016 is the deadline for proposals. Applicants should be notified of a decision by late summer 2016, NRCan said, and final projects should be completed no later than March 2018.