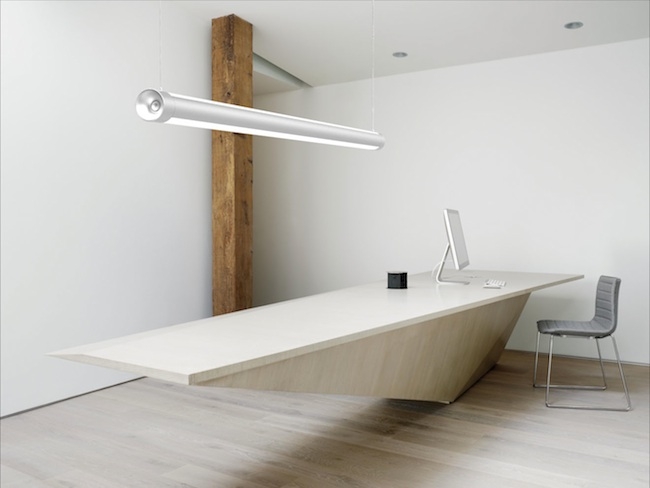 August 26, 2013 – Peerless has released its Round 4, a suite of LED luminaires in both suspended and wall-mount models. The LED luminaires boast a 4-in. cylindrical form; glare-free illumination; and a range of distribution and lumen packages. To help save energy, the luminaires feature a 0-10V, fully dimmable eldoLED driver and the option to include an embedded sensor for daylight dimming and occupancy detection control. In the suspended models, an optional built-in nLight module allows for Cat-5 plug-and-play connectivity with nLight control and sensor systems.