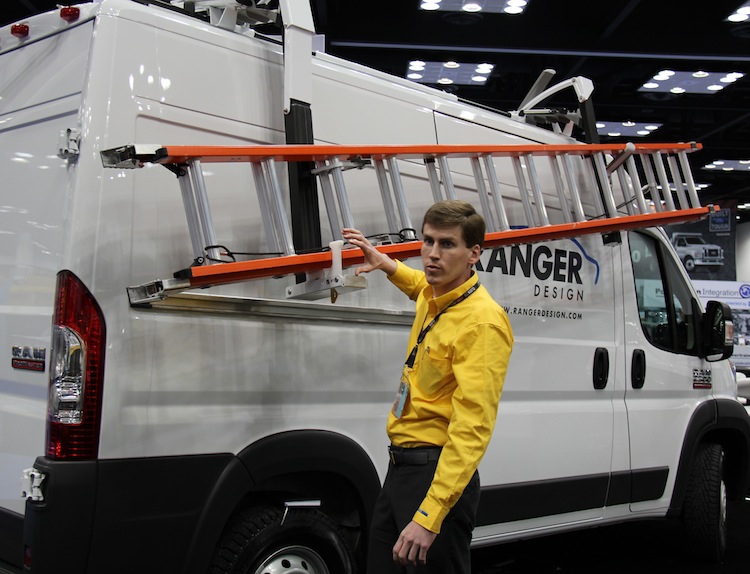 According to Ranger, the system changes the game on how old drop-down ladder systems have been utilized with its single-motion operation that protects the operator and the vehicle—lowering up to 50 in. in a single motion with the operator out of the path of the descending ladder. The standout feature of its design is its ease of operation, says Ranger, adding that no secondary motion is required to lower the rack. (Photo from Work Truck Show 2014 by A. Dalton)