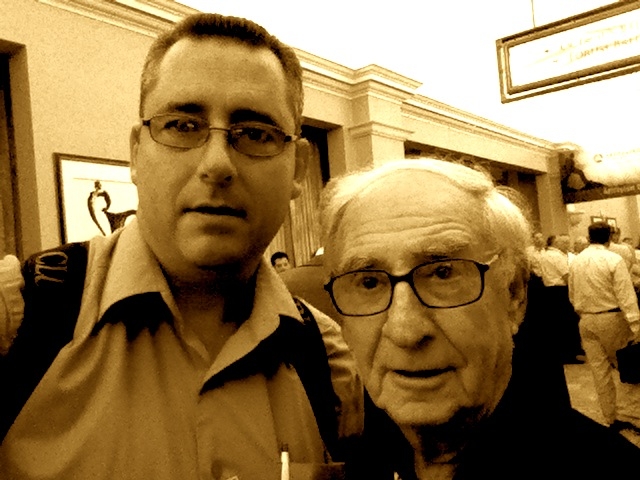 October 12, 2011 – EBMag’s editor, Anthony Capkun, attended Affiliated Distributors’ North American Meeting of the Electrical Supply Division in Las Vegas last week. It’s an important year for A-D, as they celebrated their 30th anniversary. And it was a treat meeting the founder of A-D, David Weisberg! While there, we posted Tweets in real-time to our Twitter Feed, including CEO Bill Weisberg’s address, and winners from the awards dinner ceremony. Below, we’ve consolidated all those Tweets for your reading pleasure (in reverse chronological order):

@AD_HQ #nam11 Supplier of the Year Canada 2011 is Philips/Canlyte . Congratulations!

@AD_HQ #nam11 Dinner is wrapping up, and the awards ceremony will soon start!

@AD_HQ #nam11 Bill Weisberg explains “We will be known by the company we keep”. We surround ourselves with market leaders.

@AD_HQ #nam11 Chatting with the founder of Affiliated Distributors, David Weisberg… what a gentleman!

@AD_HQ #nam11 Delegates wait for the doors to open to lunch, & the keynote by CEO Bill Weisberg http://yfrog.com/nuufvoj

EBMag is looking forward to tomorrow’s awards dinner @AD_HQ #nam11 Who will prevail?