News
Report at UNESCO HQ pushes for broadband for all 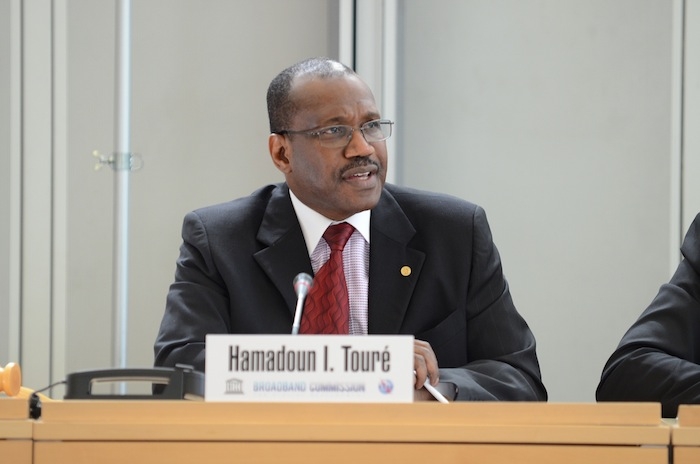 June 06, 2011 – Governments around the world need to rapidly formulate and implement national multi-sectoral broadband plans, or risk being seriously disadvantaged in today’s increasingly high-speed digital environment. That, according to a new report released by the Broadband Commission for Digital Development during its third meeting at UNESCO Headquarters in Paris.

“Broadband: A Platform for Progress” advocates a coordinated, nationwide approach to broadband development that more closely resembles the development of national railway or electricity networks than the more “laissez-faire, market-driven approach that has generally characterized the roll-out of mobile cellular technology”.

“To optimize the benefits to society, broadband should be coordinated on a countrywide basis, promoting facilities-based competition and with policies encouraging service providers to offer access on fair market terms… efforts should be coordinated across all sectors of industry, administration and the economy. Developing isolated projects or piecemeal, duplicated networks is not only inefficient, it delays provision of infrastructure that is becoming as crucial in the modern world as roads or electricity supplies,” the report says.

For emerging economies and developing countries, wireless broadband looks likely to be the platform of choice, bringing services like micro-banking, telemedicine and fast sharing of information in local languages to communities, no matter how isolated.

“Provided it is available to all and affordable for all, broadband-powered applications and content can be a powerful lever for achieving education for all goals. Inclusive, universal and equitable broadband roll-out can be a tremendous accelerator for development and growth—one way to build knowledge societies and to share the wealth of the world’s cultural, linguistic and scientific resources,” said UNESCO director-general Irina Bokova.

“However, access to broadband is only one part of the picture; developing human capacity is absolutely vital, to ensure that individuals have the skills to make the most of new technologies,” she added. “This means education, it means media literacy, it means ensuring that all marginalized groups are included. All actors—national, international, private and public—must work together to these ends. The case for this has been made. Now we must make it happen.”

The report makes a strong case for broadband as a driver of economic growth and new jobs, citing country case studies and reports by leading consultancies that point to increased employment opportunities, higher labour productivity and a strong stimulus to GDP. In low- and middle-income countries, for example, the report cites World Bank figures indicating a boost of 1.38 additional percentage points to GDP growth for every 10-percentage point increase in broadband penetration… and effect more pronounced than any other telecommunication service.

“History has witnessed many ‘declarations of independence’. But in today’s interconnected world, we might propose a new ‘Declaration of Interdependence’: a recognition that the economic welfare of each individual country increasingly depends on access to the rest of the world through broadband internet,” said ITU secretary-general Dr Hamadoun Touré. “This new Broadband Commission report indicates that improvements in broadband penetration directly correlate to improvements in GDP. Basically, the more available and cheaper broadband access is, the better for a country’s economy and growth prospects.”