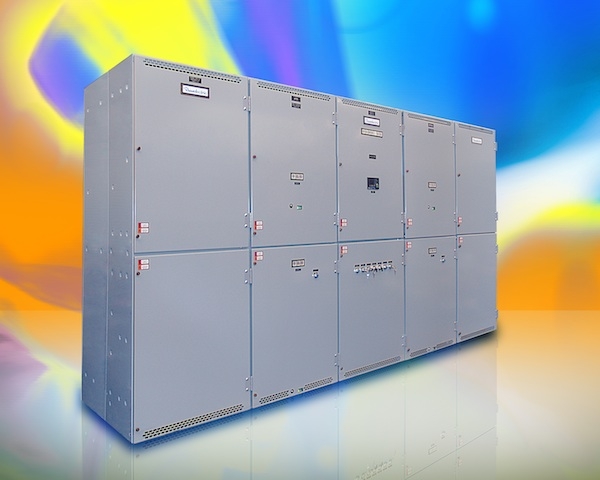 January 13, 2012 – (UPDATED January 23, 2012) Russelectric has unveiled its new line of medium-voltage (5-15kV) circuit breaker-type automatic transfer switches and bypass/isolation switches.  According to Russelectric, the switches transfer electrical loads between normal and emergency power sources through the carefully controlled opening and closing of circuit breakers and may be configured for open- or closed-transition transfer. All switch functions are controlled by Russelectric’s RPTCS programmable microprocessor-based control system, which though designed for unattended operation, include controls for manual operation.