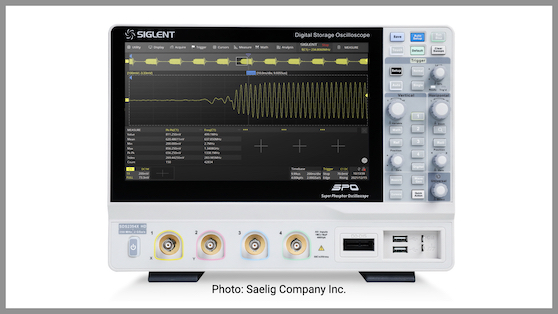 The series includes 100, 200, and 350 MHz versions, with optional 16 digital channels for mixed signal analysis capability and a 25 MHz waveform generator for self-contained tests.

Also included are a digital voltmeter and counter functionality; mouse control, and remote web control over LAN are all also supported.