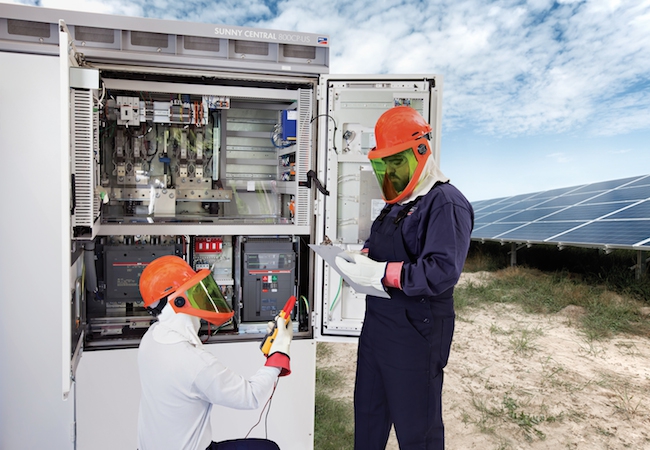 September 22, 2014 – Kingston Solar LP has selected SMA operations and maintenance (O&M) services and central inverters for its 140MW DC photovoltaic (PV) system in Kingston, Ont., which it says will be the largest solar project in Canada when complete next year.

SMA Service will assume operational management of the Kingston Solar project upon commercial operation, and for the next decade. Later this year, SMA will begin delivery of the 125 Sunny Central 800CP-US inverters that will power the system.

“SMA has always been known as the world’s solar technology leader, but projects like Kingston Solar and Grand Renewable Solar are solidifying SMA’s position as the number one O&M and utility-solutions provider in North America,” said Henry Dziuba, president of SMA Canada.

“We were highly focused on selecting an O&M provider who we felt had the experience and capacity to maximize uptime and minimize any potential maintenance issues for a project of Kingston Solar’s scale,” said Matt O’Brien, president of Kingston Solar. “We believe SMA has both the technical and management expertise to deliver this investment-grade O&M service.”