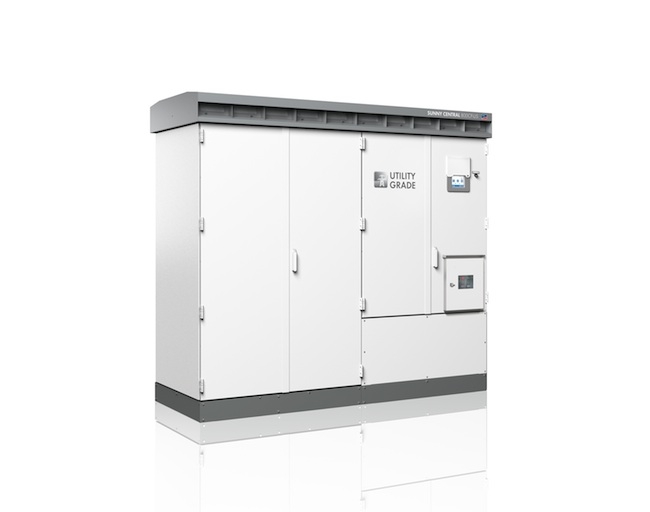 October 10, 2012 – SMA has introduced the Sunny Central 500/630/720/750/800 CP-US inverters for utility and commercial applications. The UL-listed series is rated for maximum system voltages up to 1,000 VDC and 10% over nameplate output capacity at ambient temperatures up to 25ºC. The inverters also offer CEC inverter efficiencies up to 98.5% and peak efficiencies up to 98.7%, the highest in the utility-scale power class, boasts SMA. They also feature an integrated AC disconnect in compliance with NEC 2011 requirements.