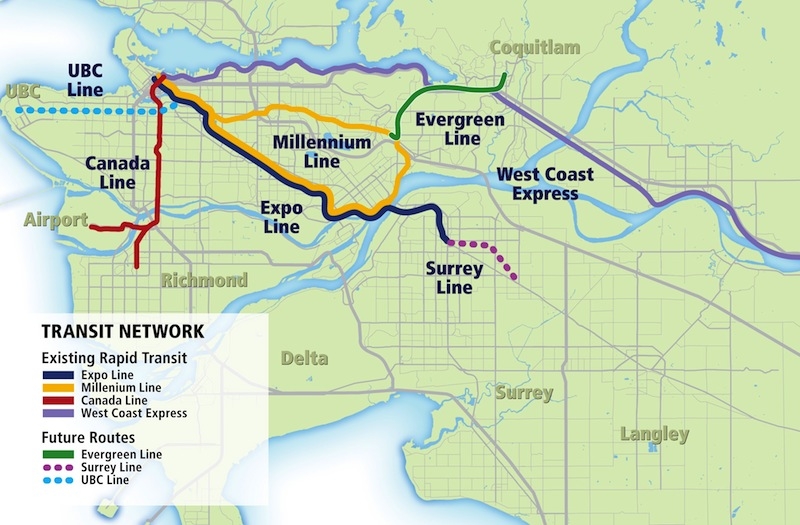 Contracts are expected to be awarded by January 2012, and work will begin shortly after.

Installing new underground BC Hydro powerlines will be one of the first in a series of construction activities to take place along the Evergreen Line route. This work is scheduled to take place in Port Moody and Coquitlam from January to June 2012.

Early construction also includes widening roads, moving utilities (such as electrical and natural gas lines), and relocating CP Rail tracks. This work will occur in several locations in Port Moody, Coquitlam and Burnaby before major construction begins. Additional early construction contracts will be tendered over the next several months.

The Evergreen Line is scheduled to open in the summer of 2016. The new rapid transit line will connect Coquitlam to Vancouver via Port Moody and Burnaby. It will allow passengers to connect, without transfer, to the existing SkyTrain network at Lougheed Station, and will integrate with regional bus and West Coast Express networks.

Related
Construction underway for BC Hydro’s Interior to Lower Mainland transmission line
BC Hydro and Valard Construction finalize EPC Contract for Northwest Transmission Line – Sept 2011
How would YOU kill the underground economy in residential construction?
Routine may be putting your employees at risk