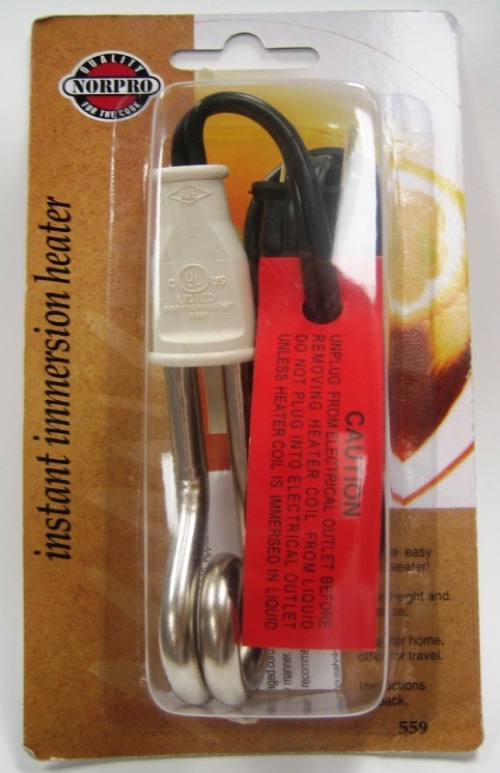 June 20, 2016 – UL is warning consumers and installers that Norpor immersion heaters may pose a shock hazard as they do not comply with UL’s safety requirements and are not authorized to bear the UL mark for Canada.

The model CH103 (Norpro, model 559) heaters were manufactured by Shenzhen Chun Tai Jin Electric in China from October 2011 to September 2014.

They were known to be sold at amazon.com and atlantaluggage.com and may have been sold by other retailers, UL reports.