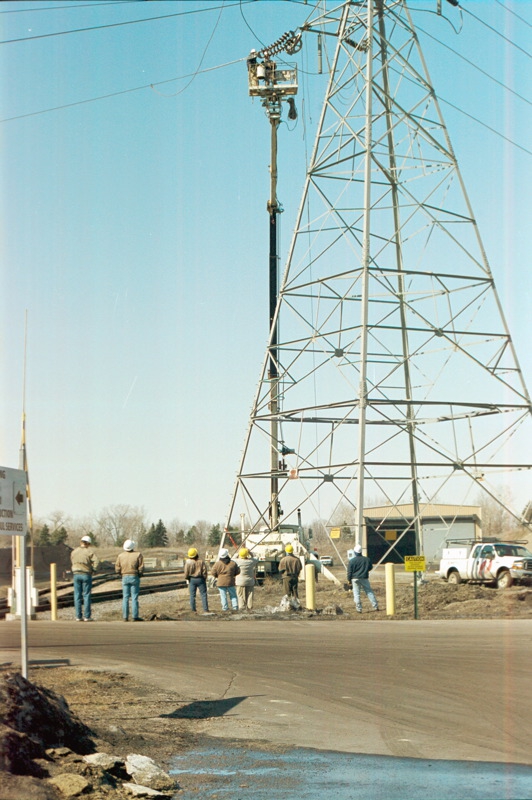 3M’s ACCR is installed in the first field test of a composite conductor in the States (March 2001) at Xcel Energy’s Riverside Plant. Photo courtesy 3M.

According to 3M, the conductor was installed in 2001 and operated continuously in a range of temperatures until it was taken down for testing in December 2014. The field trial installation was the first known installation of a composite conductor of any kind in the U.S. transmission grid, says 3M.

The 3M ACCR 477 kcmil Hawk conductor was installed on a span of a 115kV transmission line at Xcel Energy’s Riverside Plant, located on the banks of the Mississippi River in Minneapolis, Minn. The conductor met or exceeded expectations in all levels of line performance, boasts 3M. Core samples showed no sign of tensile strength loss, with results ranging from 108% to 110% of rated breaking strength. While the conductor was still in the air, sag-tension was measured and matched performance expectations of 2990 lb at 20 F.

The conductor’s strength and durability result from its core, says 3M, which is composed of aluminum oxide (alumina) fibers embedded in high-purity aluminum, utilizing a proprietary process.

PHOTO: 3M’s ACCR is installed in the first field test of a composite conductor in the States (March 2001) at Xcel Energy’s Riverside Plant. Photo courtesy 3M.