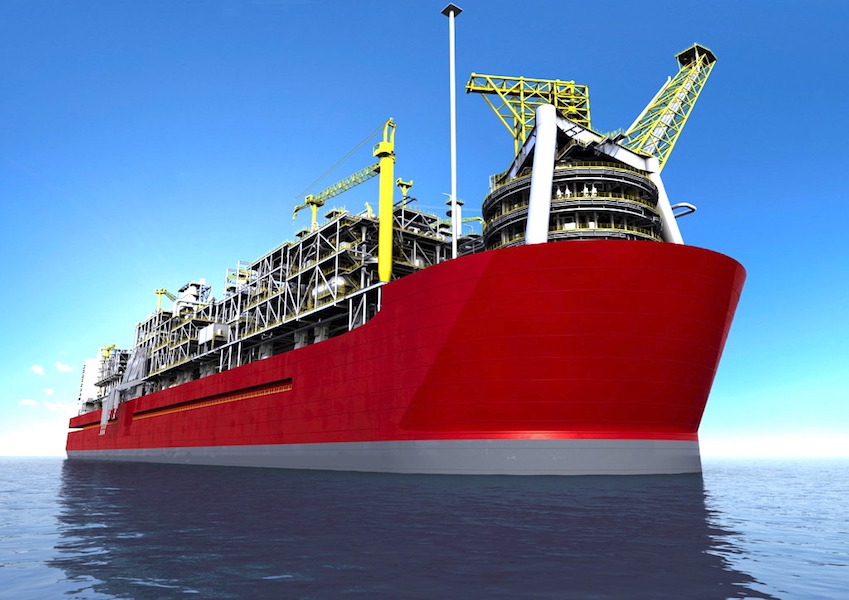 March 23, 2016 – ABB has won a 5-year contract to deliver equipment and services for Shell’s Prelude FLNG, the world’s first floating liquefied natural gas (FLNG) facility and, according to Shell, the largest floating facility ever built.

The order includes the delivery of motors, generators, variable speed drives and low-voltage switchgear, and guarantees service and life cycle management of the electrical equipment, as well as service and support for motors from third-party vendors.

ABB will build up a spare parts inventory and provide workshop repairs, training and 24/7 technical support both over the phone and onsite. Spare parts and replacement systems are being procured this year, with training to begin soon thereafter.

Once towed to its location off the northwest coast of Australia, it will be attached to underwater infrastructure in the Browse basin. It is scheduled to remain there for up to 25 years without uncoupling for overhaul, or to take shelter from cyclones.

Prelude FLNG… by the numbers (provided by Shell)

• 4 soccer fields, laid end to end, would be shorter than the facility’s deck.

• 6700-hp thrusters will be used to position the facility.

• 50 million litres of cold water will be drawn from the ocean every hour to help cool the natural gas.

• 6 of the largest aircraft carriers would displace the same amount of water as the facility.

• 93 metres (305 feet) is the height of the turret that runs through the facility, secured to the seabed by mooring lines.

• -162ºC is the temperature at which natural gas turns into LNG.