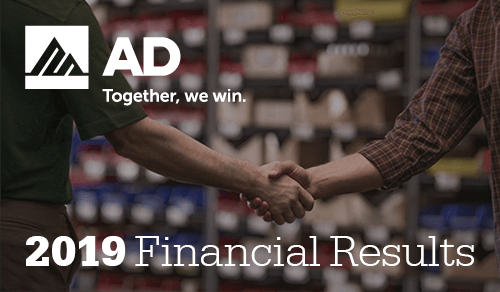 Affiliated Distributors (AD) is reporting that total member sales across its 12 divisions in 2019 reached $46.3 billion, an increase of 12 per cent compared to 2018 sales. Meanwhile, AD member companies purchased $12.1 billion in goods from AD supplier partners in 2019, a nine per cent increase year-over-year.

“Although same store growth was not as robust as previous years, the overall performance of the AD community was strong, with purchase and distribution records set in virtually every AD division and country,” said AD Chair and CEO, Bill Weisberg. “Our member and supplier engagement feedback continues to showcase incredibly strong affinity for and advocacy of AD. The AD community is all in for each other.”