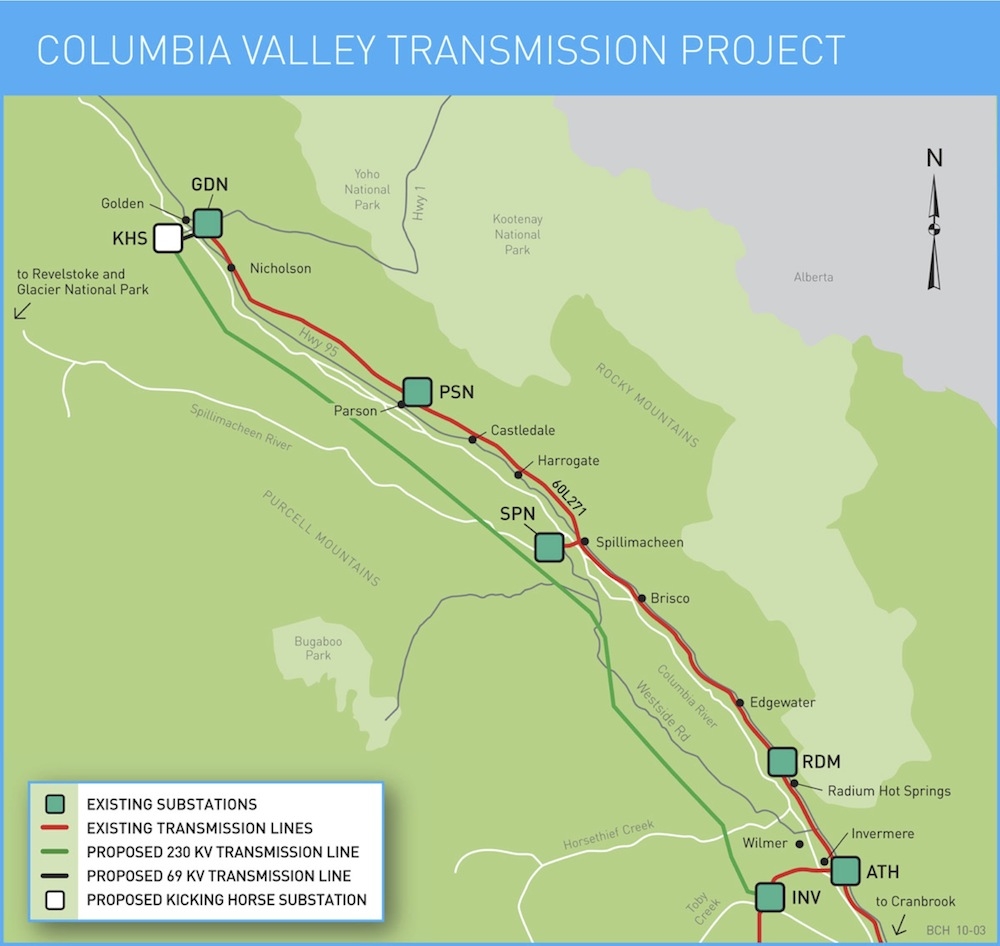 January 10, 2013 – BC Hydro says a new 112-km transmission line is providing “reliable electrical service” to communities from Invermere to Field in the upper Columbia Valley this winter.

The Columbia Valley Transmission line was energized in the fall after a two-year construction period. The project cost $114 million ($40 million under budget) and created 150 construction jobs and business opportunities for local contractors, suppliers and First Nations, added the utility.

“The Columbia Valley Transmission project is a significant engineering feat that has been four years in the making,” said Greg Reimer, executive VP, transmission & distribution for BC Hydro. “It entailed designing and building a route that safely crosses through one of B.C.’s most mountainous regions, avoiding avalanche areas, while minimizing the footprint on sensitive wildlife habitat.”

The project entailed building nearly 500 wooden transmission structures—each up to 25-m tall and weighing up to 5800 kg—in one of British Columbia’s most rugged areas. Work crews strung more than 100 km of aluminum and steel-reinforced aluminum conductor that promises to be able to withstand ice accumulation in an area known for extreme weather. Helicopters were used to install the H-frame structures and to string the electrical wires.