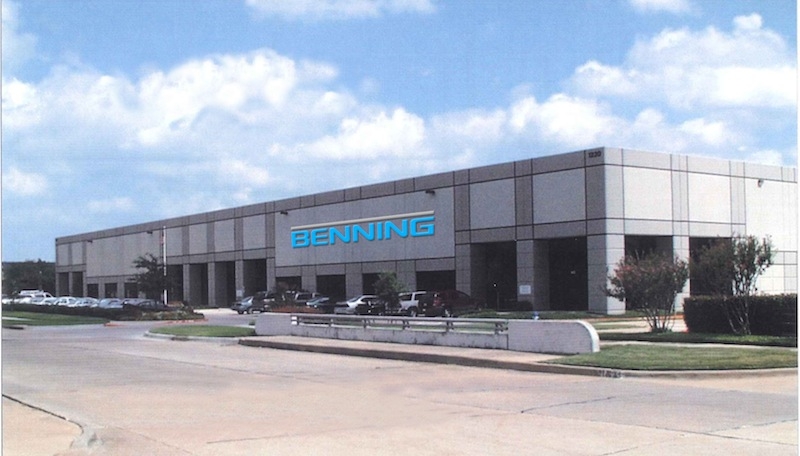 May 4, 2011 – Benning Power Electronics Inc. (designer, manufacturer, installer and services solutions provider for powering communications and industrial equipment) has opened of its new North American headquarters and manufacturing facility. The 68,000-sf facility is located in Richardson, Texas. Sitting at twice the size of its previous location in Dallas, Benning has described the new facility as “self-sustaining” and “self-sufficient in its power usage” with 50 percent of the building’s roof space equipped with solar panels.

“We have experienced rapid growth in the last several years,” said Mario Barbaresso, CEO of Benning. “We are now the largest of Benning’s 22 subsidiary operations worldwide. To accommodate our continued growth, and the needs of our more than 50 employees, we needed a larger facility.”

The new Richardson headquarters will help the company meet its goal of doubling its workforce by 2016, added Barbaresso.

Benning purchased the building in December of 2010 and made “extensive renovations to suit its unique needs,” it said. The facility officially opened on May 2.

The design of the new facility is said to allow Benning to decrease its manufacturing time to better meet the needs of its customers, while making a positive impact on the environment. It also features an in-house research and development lab for the development of new products, and the constant improvement and customization of existing products.

There is also a customer-training center and a network operations center where Benning has a constant connection to their customers’ power systems, allowing the company to monitor their efficiency levels and quickly respond to any issues, it said.

“This is more than just an address change for us,” continued Barbaresso. “Everything we do is about energy efficiency, so we wanted our operations here to reflect that for our customers and our employees.”