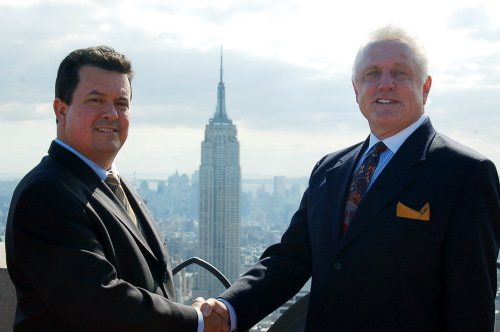 The executive board of directors for BICSI—an association supporting the information transport systems (ITS) industry—has announced the appointment of John D. Clark Jr., CAE, as BICSI’s executive director/CEO effective September 22.

Clark
joins BICSI as a Certified Association Executive (CAE) and telecom
industry executive, most recently serving as president/CEO for the
Society of Cable Telecommunications Engineers (SCTE).

“I’ve
been well aware for several years of the great work being done by
BICSI,” said Clark. “Career-wise I have two loves: telecommunications
and association management. The BICSI executive director/CEO
opportunity allows me to blend these two on a global stage.”

Clark is
a former marketing executive with more than 28 years of experience in
the cable and telecom industries. He’s on the right in the photo. At
left is Edward J. Donelan, the association’s president.