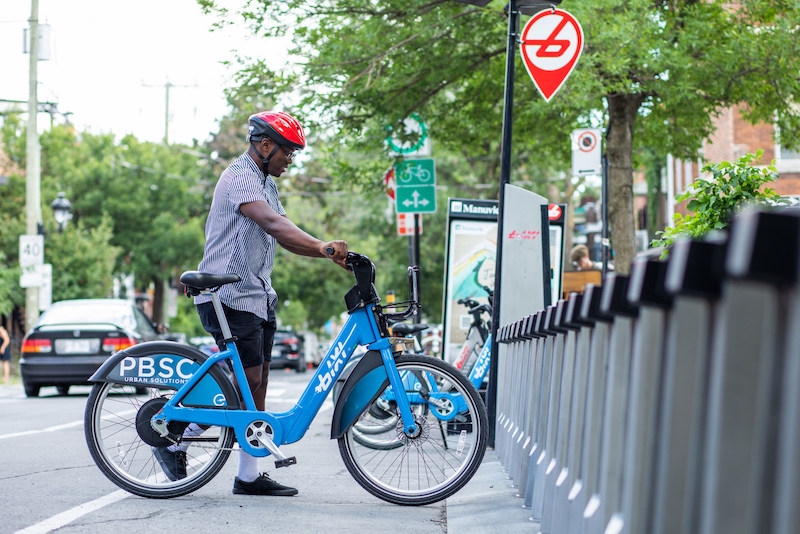 Following several months of preparations, the project was launched on Aug. 15 and will run until Oct. 31 for the connected system and Nov. 15 for the unconnected system. The connected test involves preselected public works employees riding five bikes between two stations in the borough of Saint-Laurent, while the unconnected rollout is accessible for all Bixi users, with an initial fleet of 20 electric bikes set to expand in the coming weeks.

PBSC Urban Solutions, Bixi’s current supplier, has provided Boost electric bikes, designed and manufactured by Cycles Devinci in Saguenay. Their integrated batteries can be recharged in four hours using docking points at the connected stations. At the unconnected stations, Bixi will implement a variety of other options for recharging the bikes.

“The goal is to determine the costs, risks and operational requirements of expanding on a larger scale, if the pilot project is successful,” says Christian Vermette, CEO of Bixi Montreal.