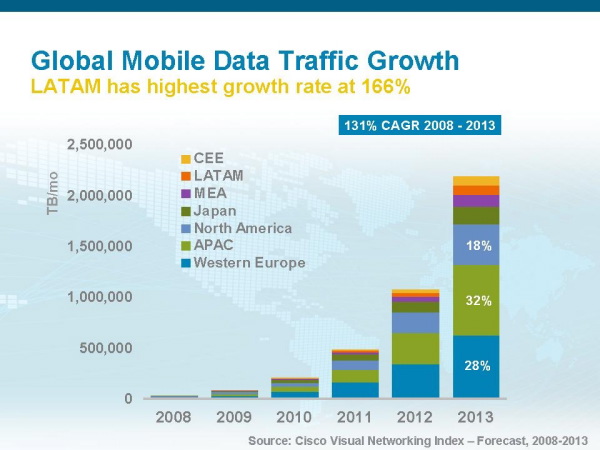 Global mobile traffic is forecast to increase 66-fold between 2008 and 2013, with a compound annual growth rate (CAGR) of 131% over that same period.

According
to the Cisco Visual Networking Index (VNI) Mobile Forecast for
2008-2013—which provides key findings on a variety of IP networking
trends (driven largely by the increased use of mobile broadband
applications)—these projections reflect a transformation in the
fourth-generation (4G) mobile Internet that will enable consumers to
view more mobile video and access a variety of mobile broadband
services. 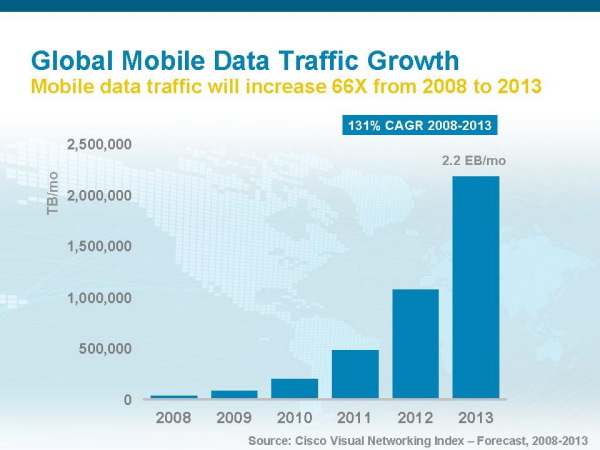 As a reminder, 1 exabyte is equal to 1 billion gigabytes and 1000 petabytes, or 250 million DVDs.