Features Articles
Consider lighting for both occupants and security systems 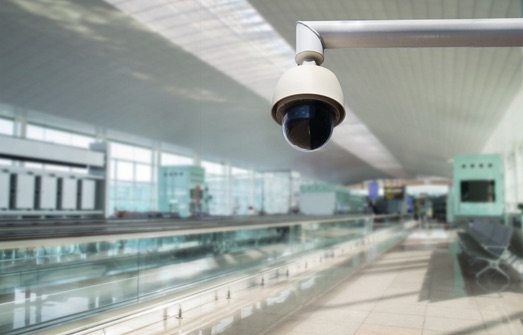 October 6, 2017 — Beyond the look that lighting adds to a building, it must also serve the greater purpose of adding security to a property. Lighting is the primary deterrent of crime on any property, so when it comes to building an effective security system, it plays a critical role.

During the design and decision-making process for security lighting, there can be a disconnect between selecting the technology (primarily cameras) and adding light to the space. These decisions are made for the same areas:

These choices can be made concurrently during the planning stages for new construction. However, when updating the security and lighting of an existing building, lighting selection often comes after both camera selection and placement have been established. This results in poor visibility and can lead to issues obtaining useful footage in the event of a crime.

Lighting for people, property and spaces

The Illuminating Engineering Society’s (IES) “Guideline for Security Lighting for People, Property, and Public Spaces” recommends a vertical illuminance of 5-8 lux or lumen/m2, or a luminance ratio of 4:1 for facial recognition, and to be able to read the body language of a person “as either familiar, unfamiliar, or threatening at a distance of at least 9 m from the viewer”.

IES also has average recommendations for the illuminance of certain spaces, including the following areas:1

On the other hand, the selection of security cameras depends on the decision-maker’s budget and preference. Sometimes they choose the highest-quality equipment available, which may have the ability to capture images in low light.

Lower-quality cameras, however, may require additional lighting to capture clear images. Since cameras cost more and require a higher investment per unit compared to lighting, the choice of camera, number of units and placement must be well-planned to maximize this investment.

While the lighting selection process is usually done with the human experience in mind, time and consideration should also be given to how these decisions impact the surveillance system being installed on the property. The colour, levels and placement of lighting can work against security cameras when the decisions are not made in unison.

For example, a camera that captures images in low light should probably be placed away from brightly lit areas. Motion sensor cameras should be placed near motion sensor lighting to properly secure an area. Cameras that need lighting assistance must have lighting nearby that is sufficient to illuminate the area without producing glare.

Illuminance (lux) meters are used to measure luminance, which is the amount of light that will hit the area where a camera is intended to be placed. If the camera being considered is not fixed, it is recommended that the light is measured from all possible directions at which the camera will be pointing.

This ensures every possible camera angle will be lit well enough to capture the best and most useful image possible.

Colour and source are important

Another important consideration for selecting light sources for use with security cameras is colour. IES regards Colour Rendering Index (CRI) as the most important measurement of colour. CRI “measures the degree of colour shift objects undergo when illuminated by a particular light source as compared with the same objects when lighted by a reference source of comparable colour temperature”.3 Light sources with a CRI of 50 or higher (usually white light) are best for accurate colour identification. These include standard incandescents, tungsten halogens, fluorescents and metal halide.

When we are engaged in the lighting design process, and working with the surveillance system that is being put into place, the areas most often addressed are entrances and exits, alleyways, driveways (which are areas that show perimeter access), as well as building enclosure access points (doors, windows, loading docks, parkade doors). The goal is to capture the maximum angle where the light fixture can be placed in a way to project maximum light output for the camera while reducing glare.

A great lighting option for general security—as well as making sure the areas are well-lit for security cameras—are LEDs, which provide a better-quality of light for security purposes as compared to, say, incandescents. The white light from LEDs makes for a better environment for users of the space, and works well for lighting an area where surveillance cameras are installed. LEDs also have a higher lumen output per watt, giving brighter light with lower wattage, saving on electricity consumption. They also have a longer lifespan, saving on maintenance and overall costs.

Since improving the lighting around properties can work to deter crime in general, it may reduce the need for installing additional security cameras in certain areas, helping to reduce costs. Keeping the access points of all buildings well-lit—especially ones in densely populated areas—can help deter criminal activity. Since breaking into a building can take time, criminals will want to avoid spending too much time in areas of high visibility and, therefore, move on.

Good lighting also benefits users of these buildings—such as residents of an apartment building or guests of a hotel—as they will have a better sense of safety and security around the building.

Take, for example, an apartment building with basic exterior lighting. The goal is to improve security as well as increase general feelings of safety around the building. An inexpensive way to do this is to increase the light levels in the areas around the building’s access points (front and rear entrances, parking garages). Check whether the building meets the recommended vertical illuminance of between 5-20 Lux, and adjust accordingly.

In common areas inside the building, make sure that the horizontal illuminance is at 30 Lux, and 100 Lux at the common mailbox area. If the building already has surveillance cameras installed in these areas, assess any changes that occurred as a result of the improved lighting before considering adding any more. In most cases, updating the lighting of buildings works to improve security without having to spend more on increasing the number of security cameras.

Having well-lit buildings can also pay dividends for property owners. Whitestone Properties—a company that owns apartment buildings in Edmonton—recently had the exterior lighting of its buildings updated to make them more safe and secure.

“The tenants seem quite happy with the improved appearance at night,” says Whitestone’s James Knull. “There are no creepy, shadowed spots at night anymore, and we have received lots of positive feedback.” Since updating their exterior lighting, they have seen a decrease in illegal dumping and car-related crime. “In the winter, when it gets dark closer to 5 pm, we have had a much easier time with prospective tenants appearing for showings and filling out applications during evening showings.”

Security systems for any property must have elements that work together to be effective. This also empowers security personnel to do their jobs well by giving them a visual of certain areas of the property. By having all the elements of a security system designed to work together, the return on investment will be maximized. Most importantly, the property and its occupants will be kept safe and secure.

Latif Jamani is the president of Calgary Lighting Products (calgarylightingproducts.com), which specializes in commercial solutions, energy audits and LED retrofits.