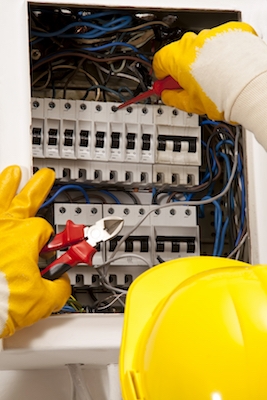 February 13, 2019 – ‘Continuous improvement’ is a way of life for many businesses today, accepted as a standard approach for enhancing quality, productivity and processes. At the core of continuous improvement are such steps as defining root causes of issues or hazards, planning and executing preventative actions to eliminate them and deploying new technologies and practices to minimize their impact. This approach can be extended to electrical safety—where it is sorely needed.

Ask any executive, operations manager or health and safety professional and they will agree: the first priority in dealing with a potentially negative issue is to prevent it from occurring, whenever possible, while the second priority is to minimize the impact should the negative event occur.

This structured approach is consistent with many safety organizations’ accepted ‘hierarchy of hazard controls’ and with the updated language in Canadian Standards Association (CSA) Z462, Workplace Electrical Safety, Annex 0, General Design Requirements 0.2.2, which calls for hazards to be addressed by “reducing the likelihood of exposure,” “reducing the magnitude or severity of exposure” and “enabling the achievement of an electrically safe work condition.”

This is where the requirement for engaged leadership arises. We need to be asking the fundamental question: Have we, as an organization, taken steps to reduce the likelihood of exposure and/or reduce the magnitude of exposure or, rather, have we settled for protection and awareness only?

Understanding the risks
Many industrial companies have taken the approach of conducting an arc flash study or another form of electrical risk assessment, posted the corresponding warning labels, purchased personal protective equipment (PPE) and then stopped at that point. As a result, while the warning labels may inform people about a dangerous situation, no proactive measures are being taken to reduce the likelihood of exposure or to mitigate the magnitude of the hazard.

Engaged leadership can only be effective, of course, if there is also technical awareness within the organization, to answer another fundamental question: What can we do to lower the risk and the level of the hazard?

A recent study surveyed consultants, facility managers and maintenance personnel—i.e. the very people engaged leadership would turn to and ask the aforementioned question—about arc flash incidents and how best to minimize their hazards.

The results were cause for concern, at several levels. First, only 50 per cent of respondents correctly identified ground faults as the leading cause of arc flash incidents. Secondly, many suggested warning labels and PPE were the best means to minimize the hazards of arc flashes.

Posting warnings, purchasing and issuing PPE or even conducting awareness training will not in any way reduce the likelihood of an arc flash event nor reduce its magnitude. For those who point out how PPE does reduce the severity of exposure, let’s pause and consider what it means to wear arc rated (AR) clothing; there is a 50 per cent probability of receiving second-degree burns over 50 per cent of your body. Surely we can’t accept this as a safe level of risk!

This is why engaged leadership is not enough on its own. There is also a clear need for technical awareness if we are to achieve an effective electrical safety program and a safe workplace.

Controlling the likelihood of exposure
When designing an electrical grounding system for an industrial operation for voltages of 1,000 V and below, there are three basic choices: ungrounded, solidly grounded or resistance grounded. This calls for a technical decision.

Absent ground faults, any of the three options are reliable and safe—but given how ground faults are a reality in any electrical system, the question becomes: Does the grounding system choice affect the likelihood of experiencing an arc flash incident?

The first step, whenever practical, is to de-energize the electric circuit before conducting any work. If doing so is not practical or safe, then consider other options that would reduce the likelihood of an arc flash event occurring in the first place.

As Clause 0.2.4 of Annex 0 in CSA Z462 states, “A great majority of electrical faults are of the phase-to-ground type. High-resistance grounding will insert an impedance in the ground return path and below (at 5 kV nominal or below), leaving insufficient fault energy and thereby helping reduce the arc flash hazard level.”

This is consistent with the Industrial Power System Grounding Design Handbook, which states 95 per cent of all electrical faults are phase-to-ground faults, and Institute of Electrical and Electronics Engineers (IEEE) 141-1993, Recommended Practice for Electric Power Distribution for Industrial Plants, which also in Section 7.2.2 states “there is no arc flash hazard on high-resistance grounded (HRG) systems as there is with solidly grounded systems, since the current is limited to approximately 5 amps.”

If we already understand (a) the vast majority—perhaps 95 per cent—of arcing faults start as single-phase-to-ground faults and (b) by using HRG—a technology that has been around for 50 years and used in all manner of industries, from petrochemicals to food processing, from automotive to paper manufacturing to data centres—we can significantly reduce exposure to these hazards, then we may well wonder why HRG is not already the standard practice for grounding all industrial facilities.

As a technology, it is recommended by IEEE, recognized in CSA Z462 and promoted by FM Global, yet it is still not the default option for those making grounding decisions for industrial facilities. One reason may simply be due to a lack of technical awareness.

An industrial organization that made the conversion from solidly grounded to HRG technology as a means of reducing arc flash risk ended up enjoying the unintended—but certainly welcome—benefit of lower operational costs related to motor repair. In fact, the savings in terms of these costs alone provided payback for the HRG system within the first two years.

All that being said, HRG does not protect against phase-to-phase faults, nor does it lower the incident energy calculation. Additional control steps must still be taken, therefore, to ensure an electrically safe workplace.

Reducing the magnitude of exposure
An arc is developed in milliseconds (ms) and leads to the discharge of enormous amounts of energy. This energy is directly proportional to the square of the short circuit current and the time the arc takes to develop.

So, the damage resulting from the arc depends on (a) the arcing current and (b) time. Of these two factors, time is the most easily controlled and managed.

The goal of arc mitigation technology is to protect personnel and property. To effectively accomplish this, we must first detect the arc and only then cut the flow of current to the arc, as quickly as possible. The target is to achieve a total reaction time of 100 ms or less, from detection of the arc to isolation of the circuit.

Arcs produce light at intensity levels in excess of 20,000 lux. This light can be detected by special arc detection optical sensors connected to a relay system. With a typical operating time under 1 ms, this is the fastest arc flash detection technology currently available. The operating time is independent of the fault current magnitude, since any current detector elements are used only to supervise the optical system.

According to Clause 0.2.4 of Annex 0 in CSA Z462, “an arc flash relay typically uses light sensors to detect the light produced by an arc flash event. Once a certain level of light is detected, the relay will issue a trip signal to an upstream overcurrent device.”

Simply changing from standard co-ordination and instantaneous settings on the relay (which have been suggested by some consultants as sufficient) to a protection system that uses optical arc detection will reduce incident energy levels substantially.

So, a workplace where the likelihood of an arc flash is significantly lower—and where the impact of an arc flash can be minimized to very low levels—is possible today, but we need both engaged leadership and technical awareness.

This article originally appeared in the February 2019 issue of Electrical Business magazine.