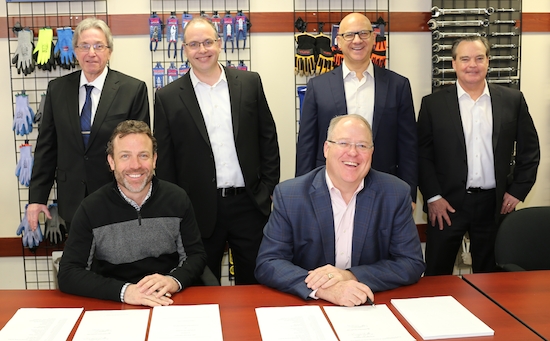 Merging with IDI will add 107 independent industrial distributors with more than 360 locations to AD, along with 21 employees and a distribution centre in Mississauga, Ont. The deal marks AD’s ninth merger since it was founded and its fourth within Canada, following previous agreements with Canadian electrical groups in 1993 and 2012 and a plumbing and heating group in 2016. Today, AD’s Canadian members represent 20% of its consolidated sales.

“We are proud to join this group,” says IDI board chair Steve Drummond. “IDI members will now get the best of both worlds: programs and services we value from IDI; and the multi-divisional scale and infrastructure of AD.”

“The investment AD continues to make in e-commerce is unparalleled and will be a true game-changer for the new members,” says Dewar.