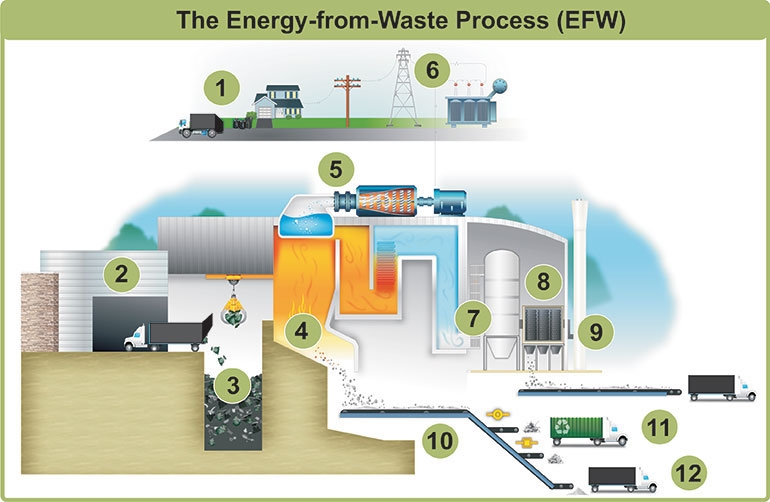 October 12, 2016 – Clarington, Ont., fire officials responded to a fire in the pit of the Durham York Energy Centre (DYEC) yesterday—which is kind of ironic, considering the DYEC was built to burn garbage to generate electricity.

Thankfully, there were no reports of any injuries, and officials are investigating the cause of the fire and any repercussions to the facility itself.

The DYEC is an energy-from-waste (EFW) facility. I’m assuming the pit in question is labelled #3 in the diagram, described as a large concrete storage pit where garbage is mixed with an overhead grapple crane.

The beleaguered facility has been plagued from the start, it seems: first with incinerator protesters, then with stack tests like this one in May showing the facility is exceeding limits for dioxins and furans.

Here’s hoping that’s the last we hear about the DYEC… for a long while.