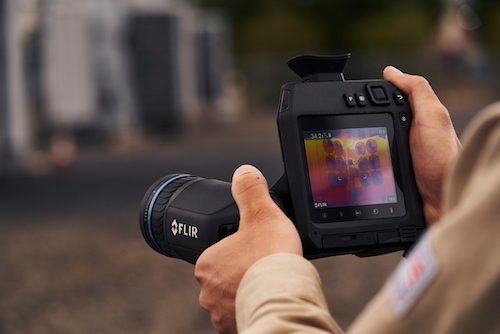 The T860 features a 180-degree rotating lens to help diagnose hard-to-reach substation and distribution line components. It can also be paired with an optional six-degree telephoto thermal lens, allowing users to inspect energized targets from a safe distance, as well as measure smaller targets with greater precision.