Products Vehicles
For “mobile entrepreneurs and makers”, the Toyota U2 concept 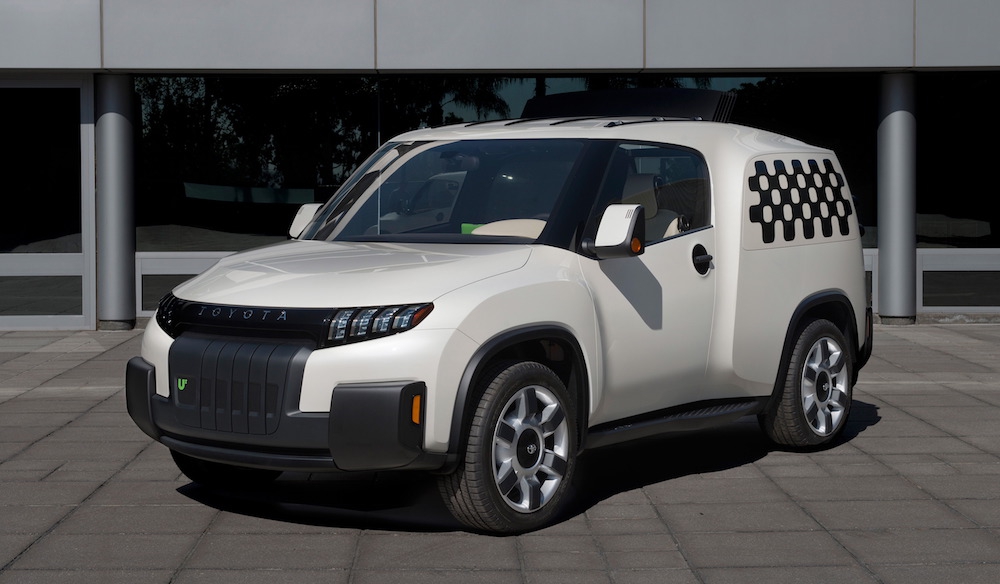 January 30, 2016 – As you check out next month’s Canadian International Auto Show, be sure to cast your eye upon Toyota’s U2 (U Squared) concept vehicle.

Making its global debut, the U2 is an “urban utility concept” that, according to Toyota, “perfectly suits today’s creative class of mobile entrepreneurs and makers”.

“From its retracting roof panels to its uniquely configurable utility rail system, the U2 offers a concept vehicle that is only limited by the imagination,” says Cyril Dimitris, vice-president, Sales, Toyota Canada Inc. “Our North American design team left no stone unturned in masterfully creating a concept vehicle that truly embodies the spirit of today’s maker culture from the inside out.”

Check out the Toyota U2 at the Canadian International Auto Show, February 12-21, 2016, at the Metro Toronto Convention Centre.