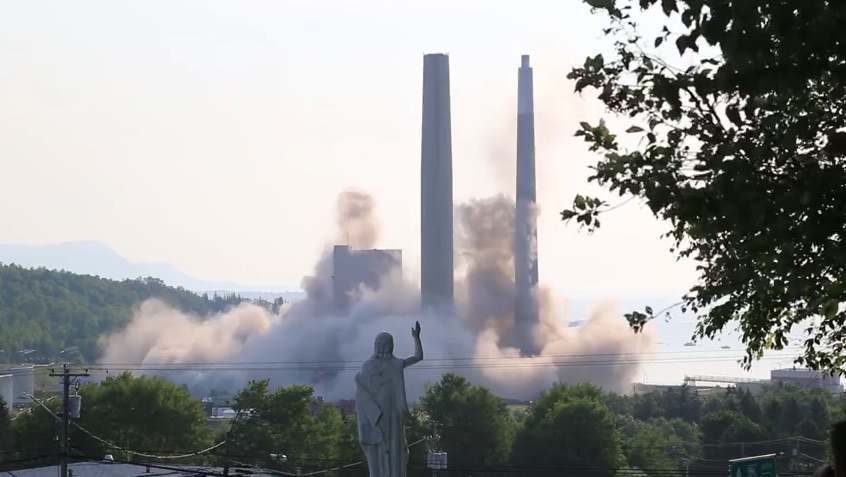 CLICK HERE for video, shot by Monica de Moss. Scroll ahead to the 1-minute mark. (Photo is a screen shot of her video.)

Following the detonation, the partially collapsed structures were inspected via unmanned aerial vehicle and third-party structural engineers have been evaluating the site since overnight Sunday. NB Power added that independent surveyors also continue to monitor the stack for movement.

Both the surveys and the structural engineers have confirmed the stack has not moved since the blast (August 18).

Continued security and safety within NB Power’s fenced construction zone remains a priority for NB Power and contractors, said the utility, adding it has been assured by the third-party engineers that the stack has structurally stabilized and is not in any immediate state of collapse. NB Power has also been assured that work can continue to complete the stack demolition with no safety concerns for designated staff.

NB Power said that it and Delsan AIM will provide an update on the next phase of demolition as soon as the planning is complete. The demolition is anticipated to occur within the next few weeks.