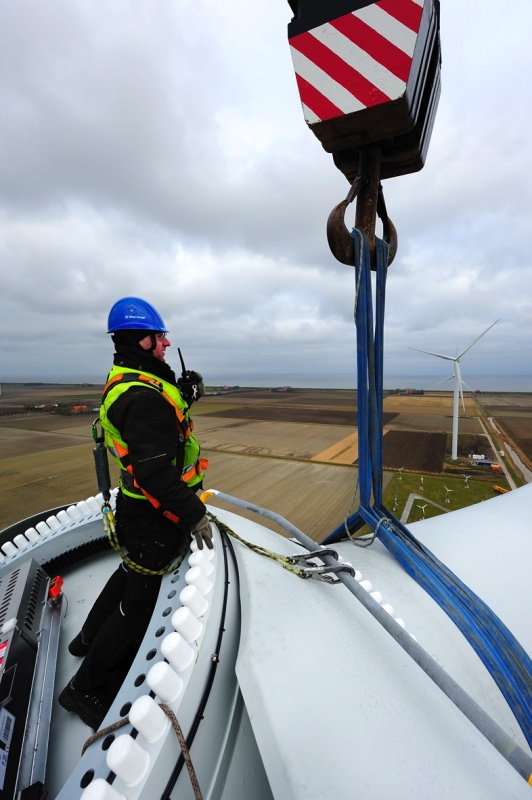 March 28, 2013 – GE says it s 2.5-120 prototype—which it dubs “the world’s most efficient high-output wind turbine”—is now operational at a test site in Netherlands. The 2.5-120 analyzes tens of thousands of data points every second, says GE, allowing for management of variable wind sources to provide smooth, predictable power. The turbine integrates energy storage and advanced forecasting algorithms, adds the company, while communicating seamlessly with neighbouring turbines, service technicians and operators. This turbine captures a 25% increase in efficiency and a 15% increase in power output compared to GE’s current model, says the company. The taller tower, which has a maximum hub height of 139 metres, makes it ideal for heavily forested regions in places like Canada, adds the company. The prototype will be tested and validated through Fall 2013.