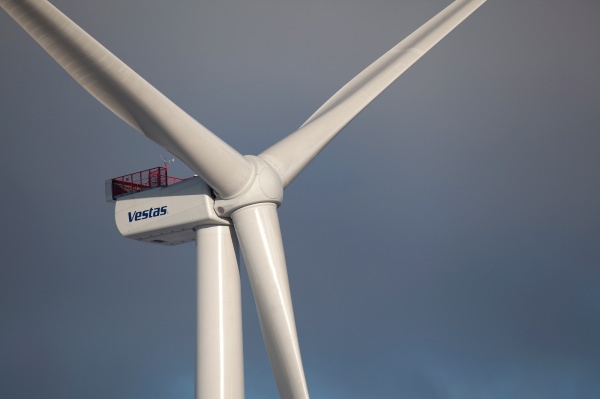 January 28, 2014 – Vestas says its first V164-8.0 MW prototype wind turbine has successfully produced its first kWh of electricity, and claims this makes it the world’s “most-powerful turbine in operation”.

“We have now completed the production, testing and installation of the V164-8.0 MW as planned, thanks to the team’s intense effort during a time when Vestas has reduced its investments and lowered fixed costs. We now look forward to evaluating the turbine’s performance onsite,” said chief technology officer Anders Vedel.

The turbine will be monitored in the coming months to further validate reliability and energy output. The V164-8.0 MW will be the flagship product for the offshore joint venture between Vestas and Mitsubishi Heavy Industries.

“Combined with the experience and capabilities of both Vestas and Mitsubishi Heavy Industries, this puts us in a strong position in the growing offshore market,” said Jens Tommerup, president of Vestas Offshore.

The V164-8.0 MW turbine prototype boasts a 140-m tower and a turbine tip height of 220 m. The swept area of more than 21,000 sq. m promises to increase the amount of energy captured, while reducing operational and maintenance costs by enabling customers to run fewer, larger turbines, with fewer service visits.