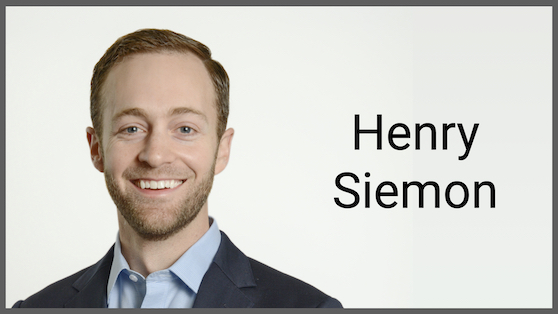 Carl Siemon, who has served as president & CEO since 1982, will continue to serve on the board, and will work with Henry and the leadership team as a strategic advisor.

“We are fortunate to have a fifth-generation Siemon family member willing and able to chart a clear course, and steer the company into the future,” said Carl. “Having seen Henry in action under fire this year, creatively solving problems caused by the global pandemic, has validated the soundness of the succession planning decision our board made two years ago.”

Since joining Siemon in 2017, Henry has served as global director, Supply Chain.

“Each of my predecessors has left their own lasting mark on Siemon’s success, but perhaps none so much as Carl,” said Henry. “During his time as CEO, Siemon has evolved from a U.S. manufacturer into a leading global solution provider that is well-positioned for continued growth and innovation.”