Hydro One is sending 25 powerline workers from northern Ontario into Manitoba to help restore power following the storm that left the province in a state of emergency. The severe snow storm caused widespread power outages, and Manitoba Hydro estimates 13,000 of its customers are still without power. 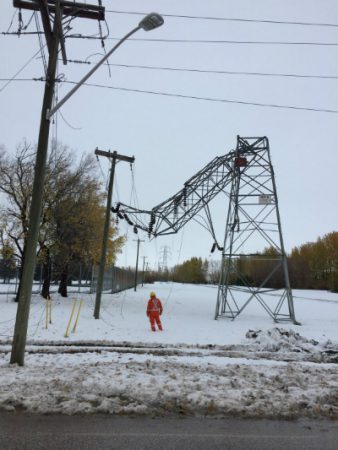 “Our highly skilled storm responders have a long history of restoring power during times of crisis,” said Darlene Bradley, acting chief operating officer of Hydro One. “We are proud to share our resources to assist our neighbours during times of need.”

Hydro One employees are trained to work in emergency situations on both transmission and distribution systems. A member of the North Atlantic Mutual Assistance Group, Hydro One has reciprocal agreements with other North American utilities to provide aid during significant power outages. In instances such as these, all costs are covered by the utilities receiving assistance.

In 2018, Hydro One was awarded Emergency Assistance Awards from the Edison Electric Institute for its assistance following Hurricane Irma in Florida and the nor’easter storms Riley and Quinn that affected the northeast U.S. in March.