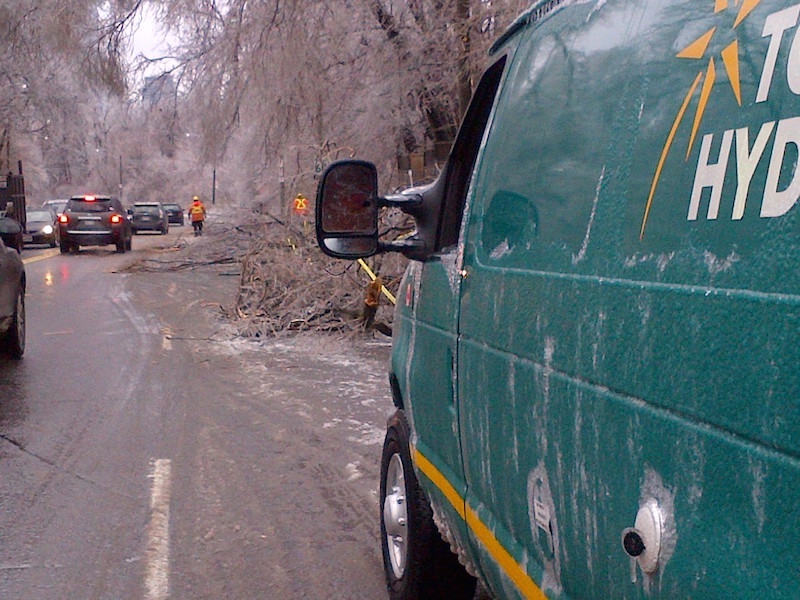 November 27, 2014 – Toronto Hydro says it is dispatching crews to help out in New England, which was hit Wednesday and Thursday by a heavy snowstorm along the Eastern Seaboard. Safe travels!

“We know firsthand how immensely helpful assistance from industry colleagues can be during times of crisis,” said Anthony Haines, Toronto Hydro president & CEO. “It’s our turn now to help others in need… it’s the least we can do.” Last year, utility workers from across the country came to the aid of Toronto following the December 2013 ice storm.

About 25 Toronto Hydro overhead powerline tradespeople, staff and supervisors are leaving early Friday morning for Manchester, N.H., where they will be deployed by North East Utilities on behalf of Public Service of New Hampshire.

Toronto Hydro is answering the call put out by the North Atlantic Mutual Assistance Group (NAMAG), which is a group of utilities with formal agreements to work together to provide safe, effective and coordinated mutual assistance, regional response and service restoration for customers of member utilities.