News Personalities
“I was working for IBM, and I had other plans” — Bob Shapiro 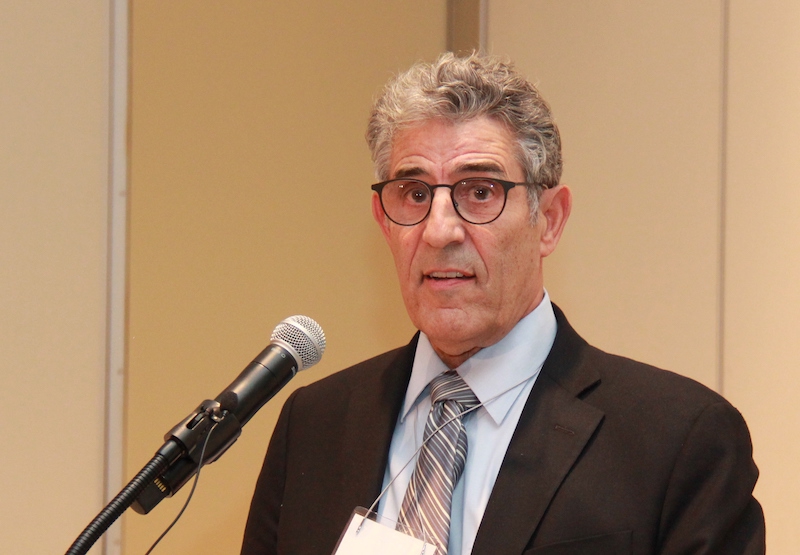 April 14, 2016 – It was 1968 when Bob Shapiro “reluctantly” entered the electrical distribution business. “I was working for IBM, and I had other plans,” says the president of Franklin Empire, who received EFC’s 2016 Industry Recognition Award yesterday.

“My father fell ill,” explains Bob. “I thought that I could help take the pressure off my dad who had founded Franklin Electrical Supply with a brother of his. My dad got better, and I had the good fortune of working with him for 15 years.”

EFC’s Industry Recognition Award is presented annually to an individual who has “influenced the Canadian electrical industry”, either as a current or retired industry delegate, or as an industry supporter.

“Almost all of the previous recipients were either retired or almost retired when they received this award, and I hope this is not a suggestion that it’s time for me to move on, because I still have things to do,” Bob joked.

CLICK HERE for a list of award recipients since 2000. Stay tuned to EBMag for the 2017 Call for Nominations.