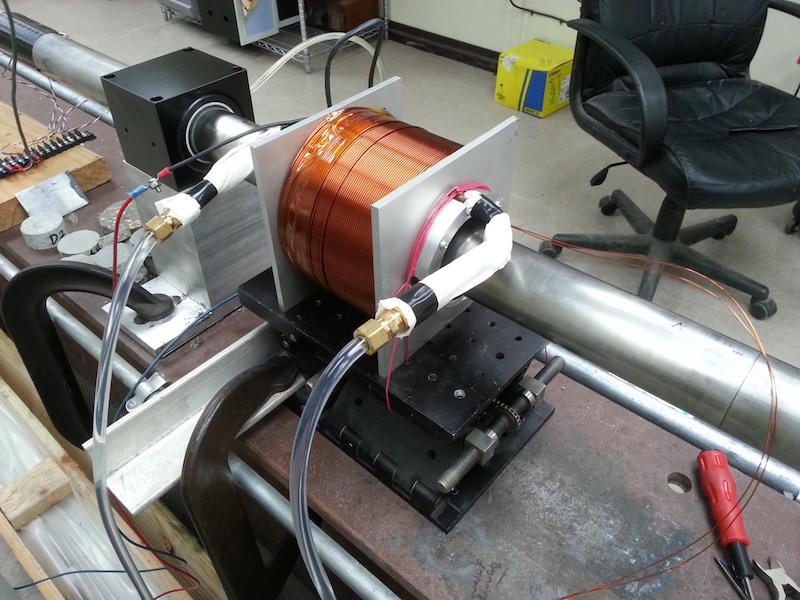 October 2, 2015 – New experiments on an alloy dubbed Galfenol—which was made nearly two decades ago by the U.S. Navy—have shown that Galfenol can generate as much as 80MW power per cubic metre under strong impacts.

Consisting of iron doped with the metal gallium, Galfenol is a magnetoelastic material, meaning its state of magnetization can be changed by squeezing, pushing or otherwise deforming the material. Conversely, when exposed to a magnetic field, magnetoelastic materials respond by changing shape. When they are prevented from deforming (e.g. by being held in a clamp) they will instead generate a large force.

“In general, this means a magnetoelastic material can convert mechanical energy into magnetic energy, and vice versa,” explained John P. Domann, a mechanical engineering graduate student at UCLA. Galfenol is able to turn roughly 70% of an applied mechanical energy into magnetic energy, and vice versa. (A standard car, by contrast, converts only about 15% to 30% of the stored energy in gasoline into useful motion, researchers explain.) This magnetoelastic effect can be used to generate electricity. “If we wrap some wires around the material, we can generate an electrical current in the wire due to a change in magnetization,” Domann said.

As described in a new paper, Domann and his colleagues—including Gregory P. Carman, a professor of mechanical and aerospace engineering at UCLA, and Bradley E. Martin from the Air Force Research Laboratories at Eglin Air Force Base in Florida—assessed the power-generating ability of Galfenol in experiments using a device called a Split-Hopkinson Pressure Bar to generate high amounts of compressive stress (e.g. powerful impacts). They found that when subjected to impacts, Galfenol generates as much as 80MW of instantaneous power per cubic metre.

By way of comparison, the researchers explain a device known as an explosively driven ferromagnetic pulse generator produces 500MW of power per cubic metre. However, as the name implies, such generators require an explosion—one that destroys the ferromagnet, even as it produces power.

“Destroying a material requires a lot of wasted energy, creating only one-shot devices,” Domann said. “This wasteful energy and destruction is not a concern in our method using Galfenol, meaning our devices can be used repeatedly and cyclically.”