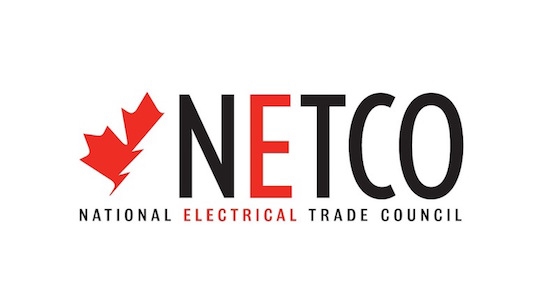 May 24, 2018 – Carol MacLeod, the founding executive director of NETCO (National Electrical Trade Council), announced she is stepping down, effective June 30, 2018.

Carol was instrumental in the organization’s 2006 launch and in building the industry funding model that has enabled the council to flourish, says NETCO. She has provided national leadership in promoting Red Seal standards and innovative training, and in establishing new green skills training and certification programs.

“The NETCO board would like to pay tribute to Carol for her diligence, advocacy and vision, and wishes her success in her future ventures,” says the board.

Before moving to government, Melissa served as executive director of the Carpenters Training Centre of New Brunswick (2000-2009). She is also a past chair of the New Brunswick Construction Safety Association.

R. Graeme Aitken, LLB, LLM, is the executive director of Electrical Contractors Association of Ontario (ECAO). He possesses over 30 years of experience in the unionized construction industry across Canada.

The NETCO board thanks outgoing directors Garry Fitzpatrick and Dan Lancia for their leadership and contribution to the success of NETCO.