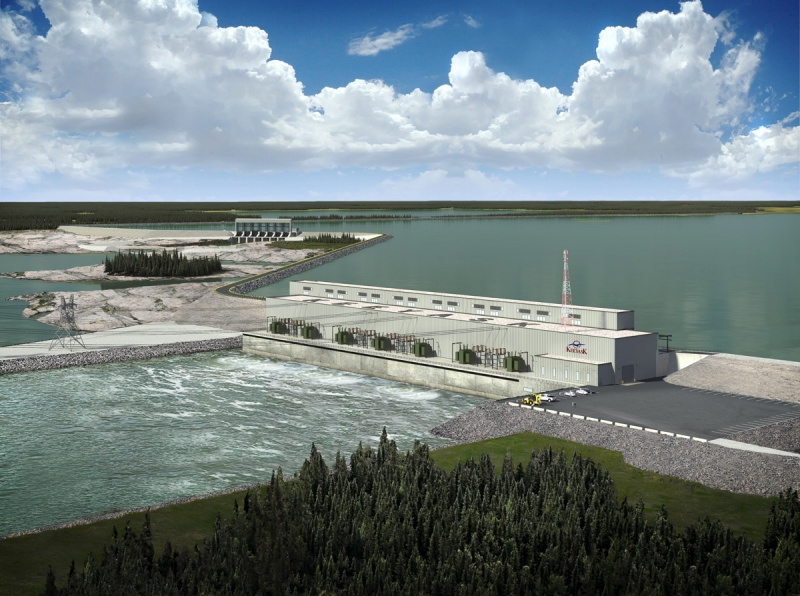 “Our review began with a primary focus on the Bipole III project, but quickly expanded in scope to include the Keeyask Generating Station, Manitoba Hydro’s capital program and ultimately, the overall financial situation and operation of the utility corporation,” said Sanford Riley, chair of the Manitoba Hydro-Electric Board.

Requested by the Government of Manitoba, the board’s review included a mandate to assess the current financial situation of Manitoba Hydro and determine whether the Bipole III project should proceed as planned, or whether the corporation’s current fiscal situation warrants the immediate delay, rerouting or cancellation of the project.

The board retained Boston Consulting Group (BCG) to assist with its review.

Results of review highlighted the corporation’s mounting debt, and the direct connection drawn by Manitoba’s credit rating agencies between the financial situation of Manitoba Hydro and the financial health of the province, noted Finance Minister Cameron Friesen.

“The previous government’s decision to have Manitoba Hydro pursue simultaneous capital spending on projects of this size and scope now threatens the bottom line of the province of Manitoba and our relationship with bond rating agencies across North America,” said Friesen.

“Manitoba Hydro’s mounting and unprecedented levels of debt, the decision by the previous government to exclude Bipole III from the Public Utilities Board’s NFAT [Needs For and Alternatives To] hearings and the direct connection drawn by Manitoba’s credit rating agencies between Hydro’s financial situation and the province of Manitoba’s bottom line, were all cause for significant concern and a broader more intensive review,” added Riley.

The review shows 95% of the contracts for the construction of Bipole III are in place, with $2.9 billion of project funding having been committed or expended to date.

The review further confirms that rerouting the line down the east side of Lake Winnipeg is no longer an option. It also determined that any delay or cancellation of Bipole III would make it impossible to carry the power from the Keeyask Generating Station that is required to deliver upon committed export contracts.

In total, a cancellation of Bipole III at this late stage of construction would result in a cost to Manitoba ratepayers of over $7 billion.

“Our review concluded that Manitoba Hydro’s decision to pursue Bipole III while simultaneously advancing the construction of Keeyask—in the absence of domestic demand for new generation—placed significant financial strain on the corporation,” said Riley.

“However, it is also clear that Bipole III is essential to reducing the significant risk of blackouts and service disruptions should there be a failure of the existing Bipole I and Bipole II transmission lines which currently carry over 70% of the electricity produced in the province.”

“Rerouting the Bipole III transmission line down the west side of the province was obviously a wrong decision, one forced on Hydro by the previous government, and has cost Manitobans an additional $900 million,” said Riley. “However, the review concluded that if construction is not completed, Keeyask’s export contracts will not be filled, making the new generating station an asset incapable of generating revenues for many years.”

“The board has been left with no choice but to move forward [with the projects],” said Riley.

“While we are of course disappointed that Manitobans will not have the opportunity to recoup some of the additional $900 million the previous government’s chosen route will cost, we understand the project must continue in order to avoid further losses associated with a delay in the completion of both Bipole III and the Keeyask Generating Station,” said Schuler.

The Keeyask GS is a 695MW hydroelectric project being developed by the Keeyask Hydropower Ltd. Partnership (a venture between Manitoba Hydro and four Manitoba First Nations). Manitoba Hydro has signed export contracts worth $4.5 billion dependent on Keeyask.

Riley also noted a number of additional challenges identified in the review.

Neither Bipole III nor Keeyask are on track to meet their target completion dates, with Manitoba Hydro now projecting delays of between 12 and 15 months for Bipole III and between 21 and 31 months for Keeyask.

“This imprudent, some would say, reckless, capital spending program has created a severe debt load which is not just placing an incredible strain on the financial stability of Manitoba Hydro but also threatening the bottom line of the entire province,” said Riley.

ALSO, check out this report from CBC.