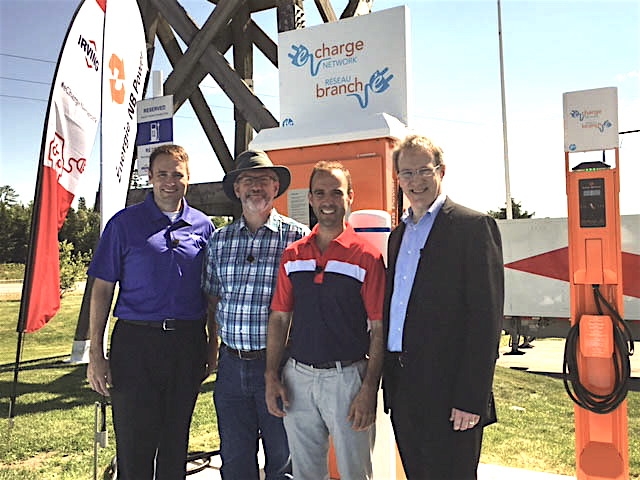 Meantime, NB Power and Irving Oil celebrated the commissioning of the first fast-charge station at the latter’s Big Stop in Lincoln. This installation is the first of seven fast-charge stations to be hosted at Irving Oil locations across the province (Aulac, Salisbury and Grand Falls [St. Andre], as well as Youngs Cove, Woodstock [Murray’s Irving], and Moncton [Magnetic Hill]).

Charging stations at Irving Oil sites will form part of a fast-charge corridor of stations located at 65-km intervals along the TransCanada Highway.

EV owners can sign up now to become members of the eCharge Network, where they can load credits to their account and locate charging stations across the province.