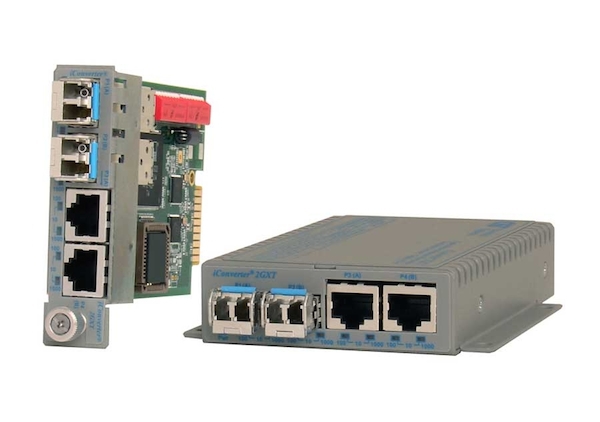 When the device is used as a four-port gigabit switch, the two fiber ports can operate in 1:1 redundant-protected mode with less than 50ms switchover time which increases the reliability of mission critical networks, says Omnitron. The 2GXT is available as a compact, unmanaged standalone tabletop, wall or DIN rail mounted device, or as a managed plug-in module that can be installed in an Omnitron iConverter chassis. Along with two 10/100/1000BASE-T RJ-45 ports, each module features two small form pluggable (SFP) ports to support 100BASE-X and 1000BASE-X fiber SFPs with multimode or single-mode fiber and different power levels to support various distances.