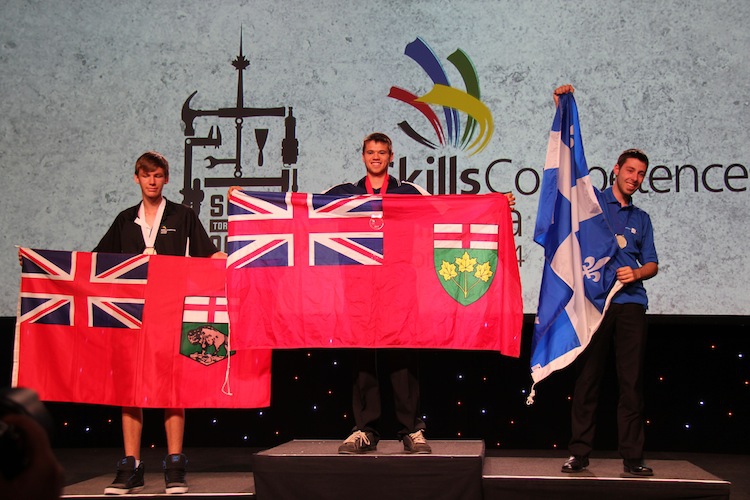 June 11, 2014 – Last week, 500 of Canada’s best skilled trade and technology students and apprentices participated in the 20th Annual Skills Canada National Competition, the country’s Olympiad of skilled trades, and EBMag was there for all the action!

Featuring more than 40 unique trade competitions, it is the only event of its kind where young Canadians studying a skilled trade or technology can be tested against industry standards and vie for the honour of being named the best in their chosen discipline.

Competitors were also fighting for a spot on WorldSkills Team Canada 2015, heading next to Sao Paolo 2015, in Brazil.

“I think it’s been a really good experience for young people. I see a lot of smiling faces, I see a lot of young people saying they’ve learnt some new things,” said Shaun Thorson, CEO of Skills Canada, adding that the event is “key and crucial to raising the awareness and profile of skilled trades”.

Congratulations to the following winners in the Electrical Installations competition!

Photos by R. Colman and A. Dalton.