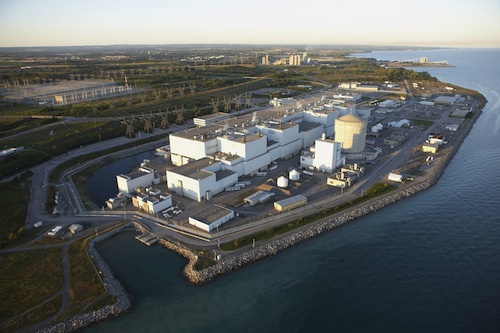 June 28, 2016 – An international industry assessment has recognised Ontario Power Generation’s (OPG) Darlington Nuclear Generating Station as one of the “safest and best performing nuclear stations in the world” for the third time in a row. It is the first time a plant outside the United States has received the recognition three times, according to OPG.

“OPG is proud our staff has been recognized for their unwavering dedication to safety and commitment to continued improvement in nuclear operational excellence,” said Jeff Lyash, OPG president and CEO.

The assessment team recently evaluated Darlington Nuclear against standards for operational excellence applied to nuclear plants around the world, and recognized a number of strengths, including management and leadership, operator knowledge and skills, and equipment performance and condition.

“This peer review shows that Darlington operates to world standards of operations and is in excellent shape headed into the refurbishment that begins in October,” Lyash added.

The station currently powers about one in five homes in Ontario, OPG says, and the refurbishment this fall means it can provide Ontario with power beyond 2055.