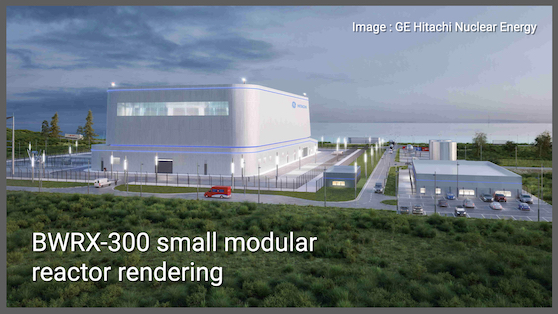 “We know nuclear is a key proven zero emissions baseload energy source that will help us achieve net zero as a company by 2040, and act as a catalyst for efficient economy-wide decarbonization by 2050,” said Ken Hartwick, OPG’s president & CEO. 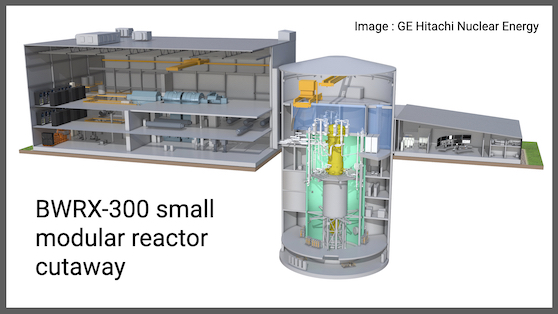 OPG and GE Hitachi will collaborate on the SMR engineering, design, planning, preparing the licencing and permitting materials, and performing site preparation activities, with the goal of constructing Canada’s first commercial, grid-scale SMR, projected to be completed as early as 2028.

The BWRX-300 is a 300 MWe water-cooled, natural circulation small modular reactor (SMR). According to GE Hitachi, it represents “the simplest, yet most innovative [Boiling Water Reactor] design since GE began developing nuclear reactors in 1955”.

The SMR produces no carbon during operation. Steam condensation and gravity allow the BWRX-300 to cool itself for a minimum of seven days without power or operator action.

“By moving forward with our industry-leading technology partner GE Hitachi on deployment of innovative technology for an SMR at Darlington, OPG is paving the way on the development and deployment of the next generation of nuclear power in Canada and beyond,” added Hartwick.

Site preparation will begin in the spring of 2022, pending appropriate approvals. This work will include installation of the necessary construction services. OPG’s goal is to apply to the Canadian Nuclear Safety Commission (CNSC) for a License to Construct by the end of this year.