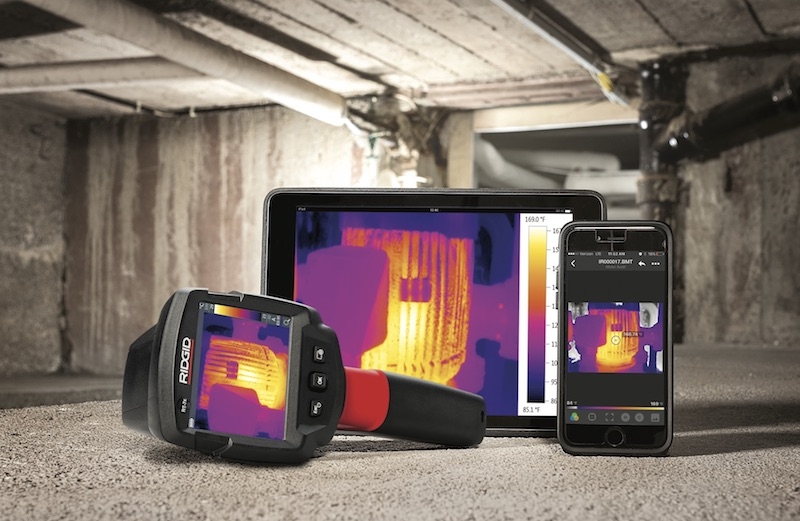 The imagers also feature SuperResolution, which doubles the resolution of a camera for saved images using pixel shift technology. The RT-5x, RT-7x and RT-9x also feature e-Assist, which allows the imager to recognize a placed reference sticker, determine emissivity and reflected temperature, and set both values automatically. Finally, those three models are also compatible with Ridgid Thermal App, which allows users to create and share reports, as well as view, edit and analyze captured images on a mobile device.