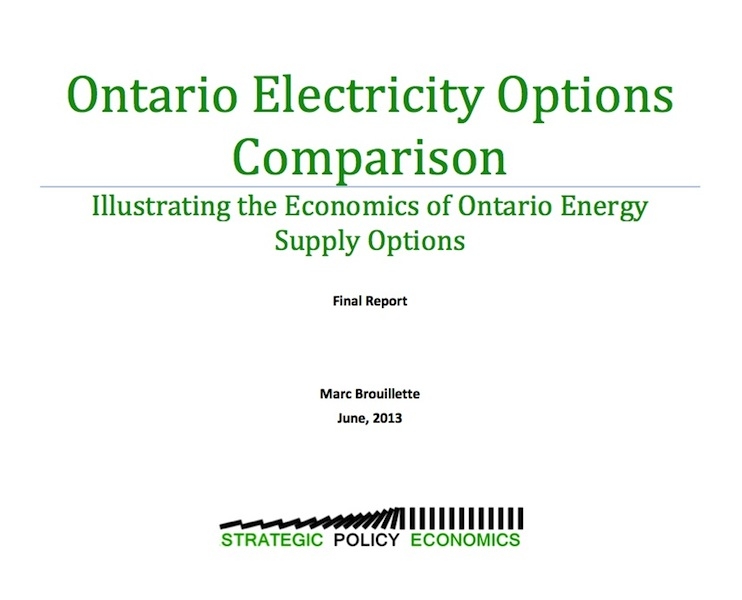 Commissioned by the Power Workers’ Union (PWU) and the Organization of Canadian Nuclear Industries (OCI)—and carried out by Strategic Policy Economics Inc. (Strapolec)—the study (which you can DOWNLOAD below) assesses the economic and GHG emission impacts associated with two supply mix options:

“We commissioned this study to help ensure that Ontarians have as much information as possible to make these important decisions about our energy future,” said PWU president Don MacKinnon. “The study confirms that focusing our investments in nuclear power generation will lead to lower electricity costs and greater investment in Ontario while delivering some $60 billion in greater direct benefit to Ontario’s economy.”

The study shows that retaining the nuclear generation capacity as planned in the 2010 Long-Term Energy Plan (LTEP) while reducing contemplated wind generation would:

• Produce $56 billion in direct benefits to Ontario’s economy through $27 billion in savings to ratepayers and $29 billion in direct investment in Ontario. This represents a $60-billion net incremental benefit to Ontario as compared to the Retain Wind scenario.
• Generate $9 billion in greater direct employment income benefits than the Retained Wind scenario, including the creation of more than 100,000 full-time jobs in Ontario (many in the advanced manufacturing sector).
• Reduce greenhouse gas (GHG) emissions by more than 108 million tonnes, or 80 per cent less, compared to the Retained Wind scenario.

The Power Workers’ Union (PWU) represents the majority of employees in Ontario’s electricity production and delivery sector. The Organization of Canadian Nuclear Industries (OCI) is an association of 180 Canadian suppliers to the nuclear industry in Canada and the international marketplace.