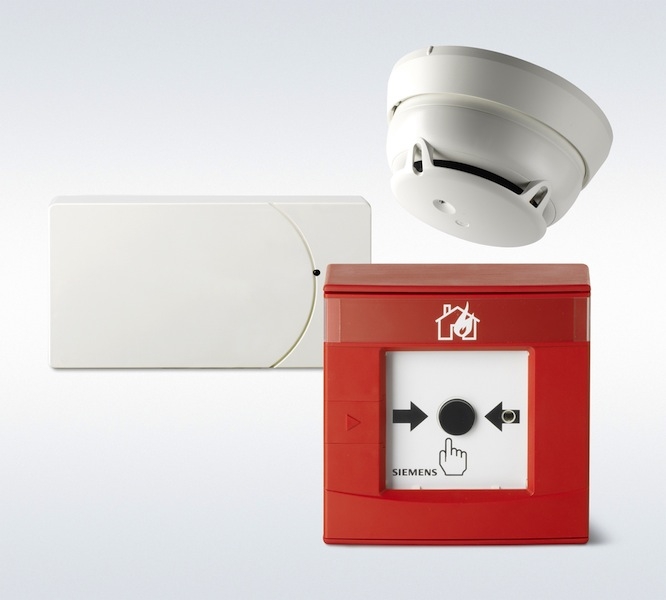 July 20, 2012 – With its Swing (Siemens Wireless Next Generation) fire detection system, the Siemens Building Technologies Division promises a wireless fire detection solution offering a “high level of reliability and flexibility”. Swing combines a wireless network with patented ASA technology (Advanced Signal Analysis) for fire detection in areas where wired detectors are impossible or undesirable. The Swing system is based on mesh technology; within the mesh network, each wireless device communicates with adjacent devices, meaning that at least two redundant paths are available at any time for transmitting information. To further increase reliability, each device has two frequency bands with multiple channels. In the event of a disturbance, the network ‘repairs’ itself by automatically attempting to change channels and/or frequency bands or forward information via an adjacent device. Since each fire detector communicates with its neighbours, the central gateway no longer has to be in direct radio contact with each detector. Using a single gateway, a network can be installed in a radius of up to 60 metres and over as many as five floors. Every Swing fire detector has a redundant sensor system with two optical and two heat sensors. Special parameter sets (ASA technology) allow the detector configuration to be optimized for individual environmental conditions.