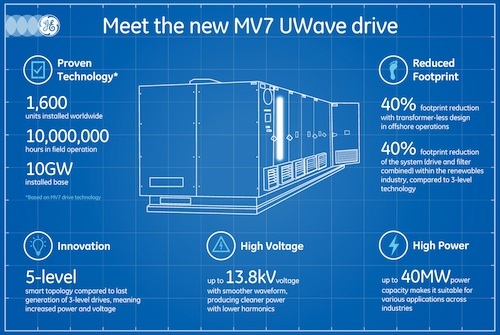 The water-cooled UWave drive is based on GE’s MV7 technology, which has a 10GW installed base worldwide. GE adopted the technology and used the same components, but arranged them in a different way, shifting from 3 level to 5 level.

The increased number of levels means increased voltage and power output so the drive can operate at up to 13.8kVwith a power capacity of up to 40MW in a single thread.