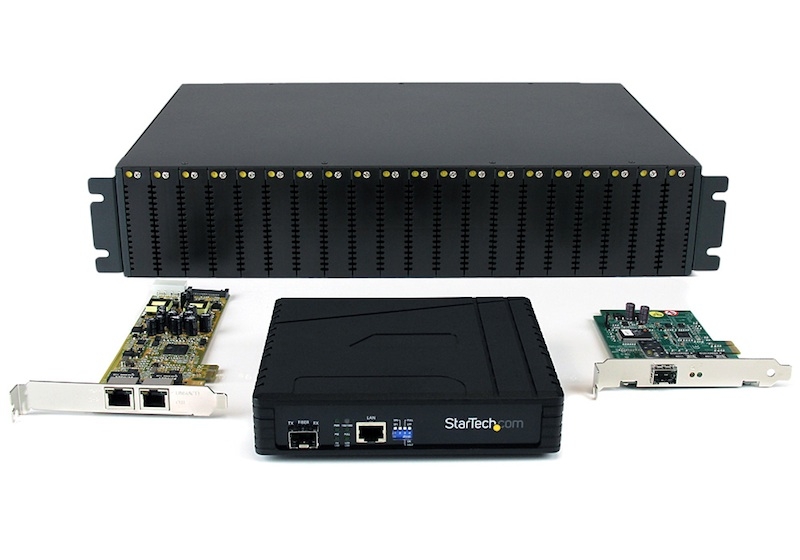 April 12, 2013 – StarTech.com, a manufacturer of connectivity parts, has released several new Gigabit networking products that enable users to integrate GbE technology into an existing infrastructure. The ETCHS2U is a 20-slot, 2U rackmount media converter chassis compatible with ET Series 2 media converters, enabling users to consolidate fiber media converters into a network rack or cabinet. The ET1110PSE is an open-SFP Gigabit ethernet fiber media converter that creates an ethernet-fiber link while acting as a power sourcing equipment (PSE) device. The PEX1000SFP is a PCI-Express-based Gigabit fiber network card that lets users connect a PC to a fiber network using the Gigabit SFP of choice. Finally, the ST2000PEXPSE  is a dual-port gigabit network card that adds two PSE-capable PoE (power-over-ethernet) Gigabit ports to a PC through a PCI Express expansion slot.