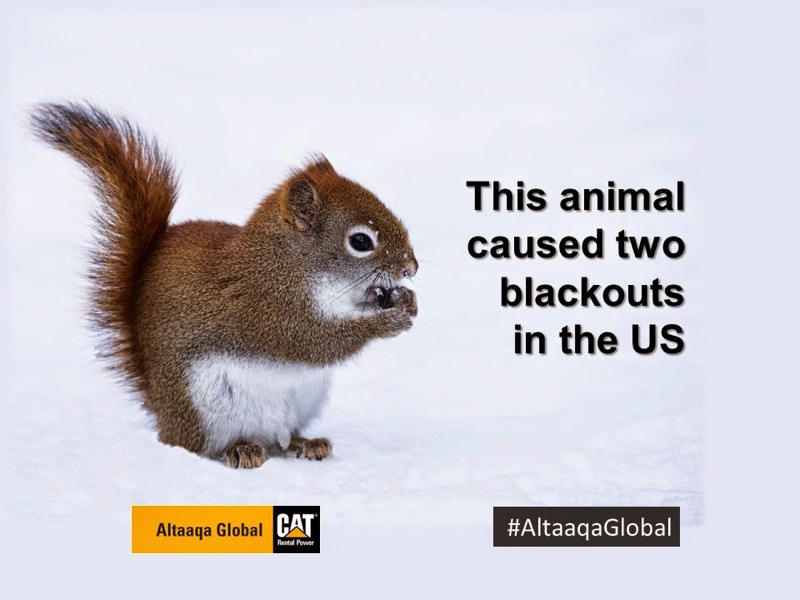 The folks at Altaaqa have compiled five real yet strange occurrences in the U.S. that led to electricity interruptions:

• A bicycle chain thrown at a power equipment
A simple, thoughtless prank led to the inconvenience of more than 1,500 people in Mountain View, California. On Father’s Day in 2012, an unknown person threw a bicycle chain at a utility equipment, which caused a power outage that lasted for more than an hour.

• A turkey trying to fly
With the sheer size of the bird, it is not difficult to imagine the damage it could cause with a wrong, rough landing. On April 8, 2012, a turkey was unfortunately electrocuted and roasted upon landing on some power lines in Sonoma Country, California. As a result, the regional emergency 911 dispatch system was interrupted, and operations at the country court house and jail were momentarily hampered.

• A fleeing robber
On August 25, 2012, a suspected felon rammed into a utility pole while trying to escape from the police, causing a blackout for approximately 4,000 homes in Colorado, USA. Wonder if he was ever caught or if his charges included the inconvenience of the aggrieved customers?

• A slithering snake
On May 16, 2012, a six-foot snake made its way into an electrical substation in Alabama. The snake got zapped, causing a power interruption for around 6,800 customers for more than two hours.

These examples show that power outages can be caused by virtually anything. In such cases, to avoid unnecessary power supply disruptions, it is best for utility providers to be alert and, more importantly, pro-active. To preclude the scenario of a wide-spread power interruption, utility providers may opt to hire the services of rental power companies, who will be able to offer large-scale temporary power plants that will immediately bridge the gap should permanent power facilities fail.