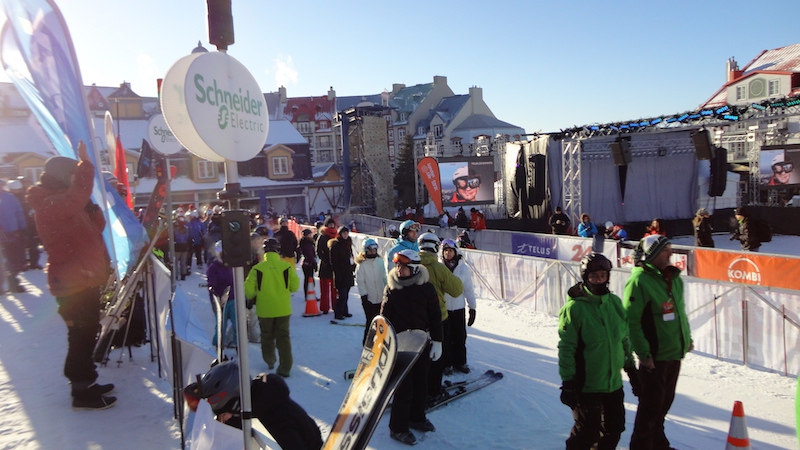 Those funds are directed to Fondation Centre de cancérologie Charles-Bruneau, Ottawa Senators Foundation, Fondation Martin-Matte and La Fondation Tremblant—all of which are devoted to children.

“It was with great pleasure and enthusiasm that Schneider Electric took part for the fifth year in this great adventure […] with the involvement and devotion of 48 employees,” said Schneider’s Monique Ross Lanoue, adding that Schneider employees have raised about $130,000 over five years of participation.

Over 15 years, Tremblant’s 24h Ski (and Walk) has raised more than $12 million for its beneficiaries. This year included 215 ski and snowboard teams—and 36 walking and running teams (another way to participate)—for a total of nearly 2000 participants.