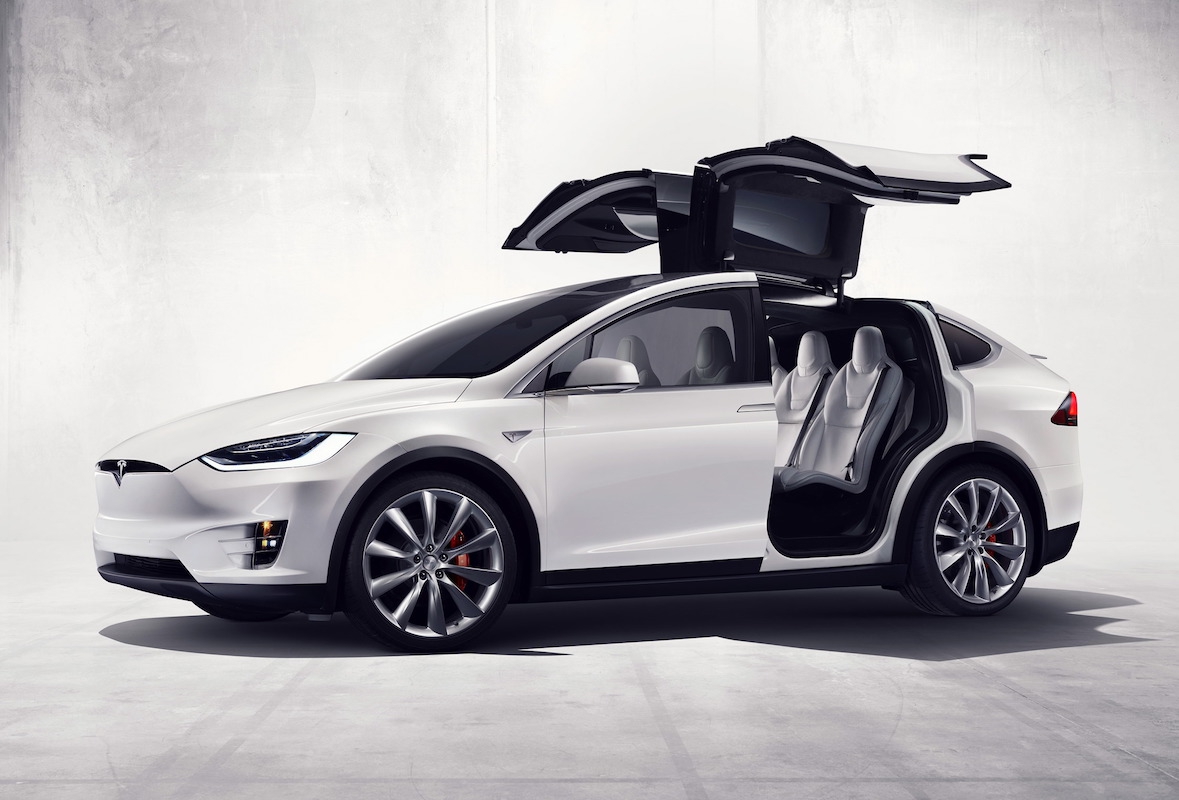 “With all-wheel drive and a 90kWh battery providing 410 km of range, Model X has ample seating for seven adults and all of their gear,” according to Tesla Motors’ website. “And it’s ludicrously fast, accelerating from zero to 100 km/h in as quick as 3.4 seconds.”

But perhaps Model X’s most notable feature are the ‘falcon wing’ doors.

“With only a foot of clearance on either side, falcon wing doors articulate smoothly up and out of the way, allowing passengers to enter from both front and rear directions. The side and overhead opening is so large that parents can buckle children in without ducking or straining, and without bumping their child’s head on the roof,” says Tesla.