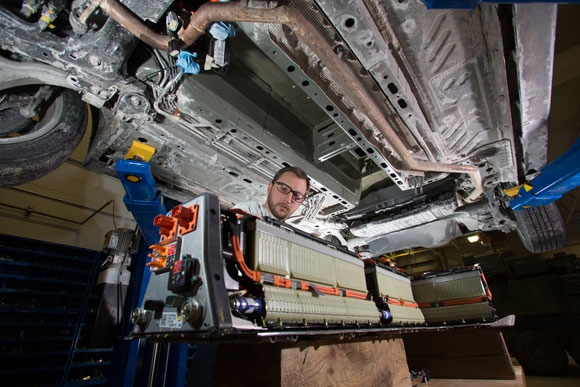 July 13, 2016 – The National Research Council of Canada (NRC), TM4 (a subsidiary of Hydro‑Quebec), and Rio Tinto Metal Powders have teamed up to develop technologies to reduce the cost of electric motor components.

The companies say the 4‑year project has already shown “promising results” in strengthening Canada’s position in the “growing” EV market.

Next to batteries, traction electric motors are the most expensive component in electric vehicle powertrains, NRC says. This is due to the manufacturing process and the cost of materials, it explains, such as rare earth elements contained in the permanent magnets.

“With the NRC, we found a way to include 60% fewer permanent magnets by substituting them with over 100 small magnetic components, creating smaller, less expensive, and more efficient motors,” said Martin Houle, innovation director at TM4. “Our new motor technology is already in demand. It is being integrated into TM4’s Sumo electric motors series, with large numbers already ordered.”

“By sharing knowledge and transferring technology, we’ve come up with new manufacturing processes that helped create a new motor design with superior characteristics,” said Michel Dumoulin, NRC’s general manager of automotive and surface transportation. “Our support is instrumental in opening up new markets and in establishing a competitive supply chain for electric vehicle components.”